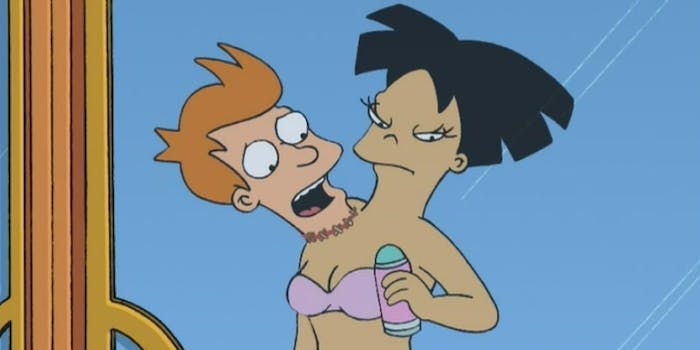 But let's not get ahead of ourselves...

Doctors can do some pretty amazing things these days, and while the term “modern medicine” might conjure images of a pharmacist filling pill bottles, the reality is more like robots operating on human patients and people electing to install bionic hands. Italian neurosurgeon Sergio Canavero’s plans go one step beyond even that: He’s anticipating attempting the first human head transplant as early as 2017.

The idea is to aid someone with a traumatic bodily injury by removing their head and attaching it to a host body that is in much better condition. This would involve not only reconnecting all of the vital circulatory bits but also fusing the spinal cord in order for the patient to assume the “driver’s seat” and control their new limbs and muscles.

It might sound like the fever dream of a madman—or the plot of an episode of Futurama—but past experiments have shown that giving a creature a new body is indeed possible. The most notable example comes from a fairly well known experiment by Dr. Robert J. White, who successfully transplanted the head of a monkey onto another monkey’s body. Vital functions were restored and while the monkey couldn’t move its new body around (there was no attempt to fuse the spinal cord in this case), it lived for over a week before the body’s immune system rejected its new pilot, causing death.

A recently published paper by Dr. Canavero focuses on his plan to overcome the fusion of the spinal cord, which involves keeping the patient in an induced coma for up to four weeks, followed by lengthy rehabilitation after the procedure is complete. Of course, there are plenty of experts out there who say that there’s absolutely no chance such a thing will happen in the next two years, so we should probably take Dr. Canavero’s plans with a small helping of salt.

Even if full head transplants are further off than Dr. Canavero thinks they are, 3D printing technology is already giving facial transplant patients a new lease on life. While not as drastic as adopting an entirely new body, receiving a facial transplant is still a fairly new option for those with disfigurements due to accidents or other trauma, and the procedure can take up to 24 hours to actually accomplish.

By using a 3D printer to provide missing pieces of a patient’s skull, jaw, or other facial structures, the transplant has a better chance of going smoothly and offers a more natural appearance after the fact.