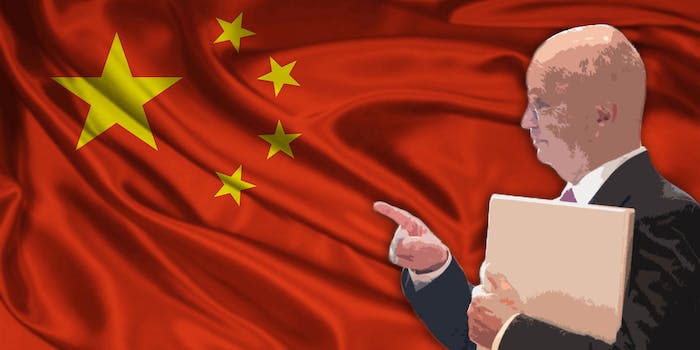 "Huawei would have shared with the Chinese state intimate and extensive knowledge."

The former head of the National Security Agency (NSA) claims that Chinese megacorporation Huawei, the largest telecommunications hardware manufacturer in the world, spies for China.

Former general Michael Hayden told the Australian Financial Review that, if it had established a stronghold in the American market, “Huawei would have shared with the Chinese state intimate and extensive knowledge of the foreign telecommunications systems it is involved with.”

In response to an interviewer’s question, “You believe that it is reasonable to assume that hard evidence exists that Huawei has engaged in espionage on behalf of the Chinese state?,” Hayden said, “Yes, that’s right.”

A different Snowden leak showed that a secret court issued a three-month order to Verizon to turn over all its customers’ metadata to the NSA. That order expired, and is expected to be renewed for another three months, on Friday.

The House Intelligence Committee, which has defended the metadata collection program, was eager to share Hayden’s claims of Chinese spying on Friday. It emailed the Financial Times‘ writeup of the story to journalists on its press list, and posted that story to its rarely-updated Twitter account.