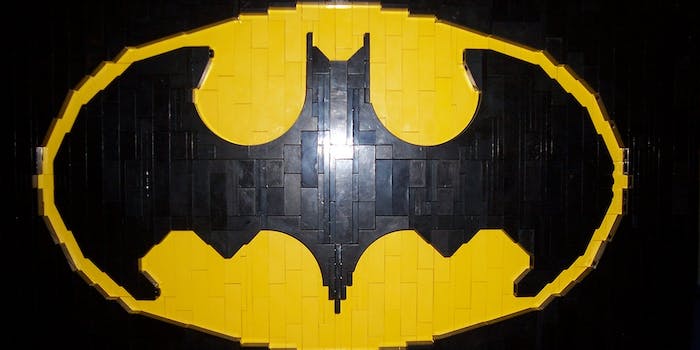 You can now play a "choose your own adventure" Batman story on your Alexa.

I was only about a few minutes into my first attempt at playing “The Wayne Investigation” on my Amazon Echo when Alexa started making fun of my amateur detective skills. And it hurt. Especially since the voice-automated game is about as serious of a test of your forensics skills as binge-watching True Detective.

DC Comics and Warner Brothers last week launched a choose-your-own adventure game in partnership with Amazon Echo as a promotion for Batman v Superman: Dawn of Justice. The free game makes use of Amazon’s Alexa Skills Kit for third-party developers and is a collaboration by writers at DC Comics and Zack Snyder’s production company, Cruel & Unusual Films.

Echo users can download “The Wayne Investigation” from Amazon’s Skills store. The game lets players go back in time and step into the shoes of a detective in charge of investigating the murder of Batman’s parents, Thomas and Martha Wayne. Even though there are no visuals to work with, the game quickly immerses you in its world with an ominous film noir-like soundtrack, multiple characters, and first-person narration by audiobook author Scott Brick. Players are presented with clues and asked to make decisions that alter their path in the game.

“The Wayne Investigation” has 37 different decisions in total, and it seemed I was making all the wrong ones.

“This was a good idea. I’m sure they’ll promote you to Sergeant now,” Alexa interjected. A witness I bought in to the police station to view mug shots wasn’t able to identify the suspect. Alexa found this hysterical.

“Hahaha,” she added, just in case I couldn’t detect the sarcasm in her monotone computer voice. Have you ever been laughed at by a small cylindrical object for making the wrong move in a publicity stunt disguised as a murder mystery game that can be solved in as little as five minutes but can take up to 40 minutes? It doesn’t feel great. Especially since prior to playing “The Wayne Investigation”, my only real interactions with Alexa consisted of asking her to play me one of my Spotify playlists or asking her to look up information when I felt too lazy to Google it myself.

The first decision “The Wayne Investigation” asks you to make is simple enough. Upon arriving at the murder scene of Bruce Wayne’s parents, you find a torn ticket stub, a broken string of pearls, and a bullet shell. You’re asked to choose which piece of evidence you want to investigate further. Of the three, the torn ticket stub is the least promising, which should be obvious even to people whose knowledge of criminal forensics come from binge-watching episodes of CSI.

But for whatever reason, I decide to pursue the torn ticket stub. Alexa humors me as I trek down to the Aragon Theatre in Gotham, pursuing the one piece of evidence with no link to the killer’s DNA or the killer’s gun.

Of course Alexa isn’t surprised that you’re failing miserably at solving the murder of Batman’s parents, I found myself thinking. Alexa knows you don’t know how many teaspoons are in a tablespoon!

I did end up finding the murderer eventually, but only after Alexa mocked me again.  This time, it was because I chose to run in the wrong direction and almost got torn apart by a neighborhood dog.

There are times during “The Wayne Investigation” where you wonder if Alexa is trying to trick you into doing something illegal, like arresting your suspect without due cause or reading them their Miranda rights. In those cases, you’re most likely over-thinking it. Tracking down the bad guy, even in the pre-Batman world of Gotham, even if you’re just paying half-attention and making a sandwich in the kitchen, shouldn’t take you more than half an hour.

Remember, at the end of the day, this is just a murder mystery game you’re playing alone in your apartment with your small mechanical assistant.

If you want to know how to play “The Wayne Investigation” on Amazon Echo yourself, the setup is pretty easy. First, open up the Alexa app on your mobile device and select the “Skills” tab. Next, enable “The Wayne Investigation”. Once that’s complete, you can start the game by saying the voice command, “Alexa, open the Wayne Investigation” to your Amazon Echo. As you go through the game’s various steps, you can ask Alexa to “go back”, “repeat” or “skip” any part of the game. If you need to quit the game for any reason, just ask Alexa to stop. The next time you decide to play the game again, it’ll give you the option to play a new game or resume.

When you do solve the murder of Batman’s parents on Amazon Echo, you’ll have the option of viewing showtimes for the upcoming Batman movie. Yes, you’ve officially just sat through a 40-minute trailer narrated by your Amazon Echo.

It could be worse, though. You could have picked the ticket stub.