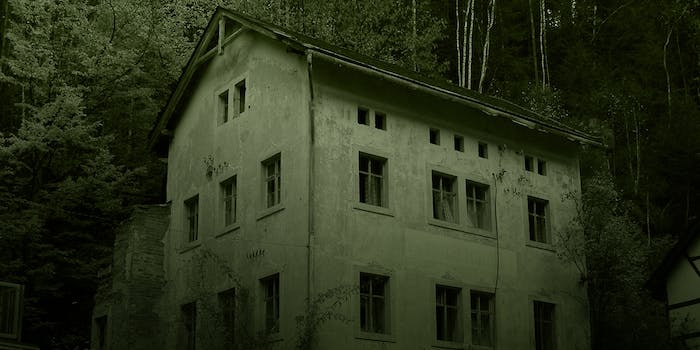 Take a Google Street View tour through these 9 haunted sites

Halloween is but a day away, meaning you have but a hours left to get yourself good and scared.

Halloween means different things to different people. For many, it’s the debauchery and booze. For others, candy and costumes. And for some, it’s about being unreasonably, maybe unjustifiably scared. Unfortunately a haunted house or possessed corn maze isn’t right around the corner for everyone. Thankfully, though, the Internet can bring some of the most terrifying places in history to you.

Fortunately for your wallet and (possibly) sanity, you don’t need to leave your chair to see some of our planet’s unintended shrines of spiritual unrest. Sit back and let Google Street View do the sightseeing for you. We’ll start in our very own country with…

A well-known address among horror enthusiasts, 112 Ocean Avenue in Amityville, New York was the site of what became known as the Amityville Horror (later adopted into a book and several movies). For a bone-chilling 28-day stretch in 1975, the family of George and Kathy Lutz were allegedly terrorized by the ghosts of former residents the DeFeos, who were brutally murdered in the house in 1974.

Eastern State Penitentiary, opened in 1829 in Philadelphia, quickly became a model for prisons all over the country. By the time it closed in 1971, it had been where hundreds of violent criminals not only lived, but also died. One of the prison’s most famous residents, Al Capone, was said to be haunted by the ghost of James Clark, a man he had ordered killed. Additionally, one particular cell block and guard tower supposedly haunted by former inmates.

The Pyramids of Giza, Egypt

It makes perfect sense that a complex set of structures that date back eons—and that served as the burial site for many ancient Egyptian leaders—is itself haunted. Visitors and employees of the world-famous complex have reported everything from floating orbs to life-size apparitions of deceased pharaohs.

The Tower of London, London, England

The Tower of London is one of the most haunted places in the world, with ghosts being outnumbered only by tourists. Beheadings and other executions were carried out here throughout its centuries-old history, with the ghosts of notable English royalty like King Henry VI and Queen Anne Boleyn supposedly forever roaming the ancient walls.

The former home of French royalty for centuries, today the Palace of Versailles is a renowned museum. Despite its grand history, the location is not without spiritual unrest. Many ghosts have been seen by visitors and employees, with some even turning up in photographs. Perhaps the most well-known of these ghosts is Queen Marie Antoinette herself, who was beheaded during the French Revolution.

Himeji castle, which served as a fort in the early 1300s, is a breathtaking example of classic Japanese architecture. Supposedly a well on its property is also home to the ghost of Okiku, a murdered servant who became a vengeful spirit in a centuries-old Japanese folk tale.

The House of Laments, Guanajuato, Mexico

It goes without saying that a place named the “House of Laments” is the site of paranormal activity. Supposedly, the “Casa de los lamentos,” a museum in the Mexican city of Guanajuato, is haunted by the victims of Tadeo Mejia, a serial killer in the late 1890s.

One of the world’s most important landmarks is supposedly home to some of its most famous ghosts. Deceased Soviet leaders Vladimir Lenin and Joseph Stalin are said to haunt the magnificent building complex, despite both of their bodies being buried just outside of its walls.

This strategically-located Cape Town fort, constructed in the late 1600s, is supposed to be the most haunted location in all of South Africa. Many of the ghosts that haunt the guards and visitors tend to be soldiers and others who met grisly ends within its walls.

Photo via Erich Ferdinand (CC BY 2.0) | Remix by Jason Reed