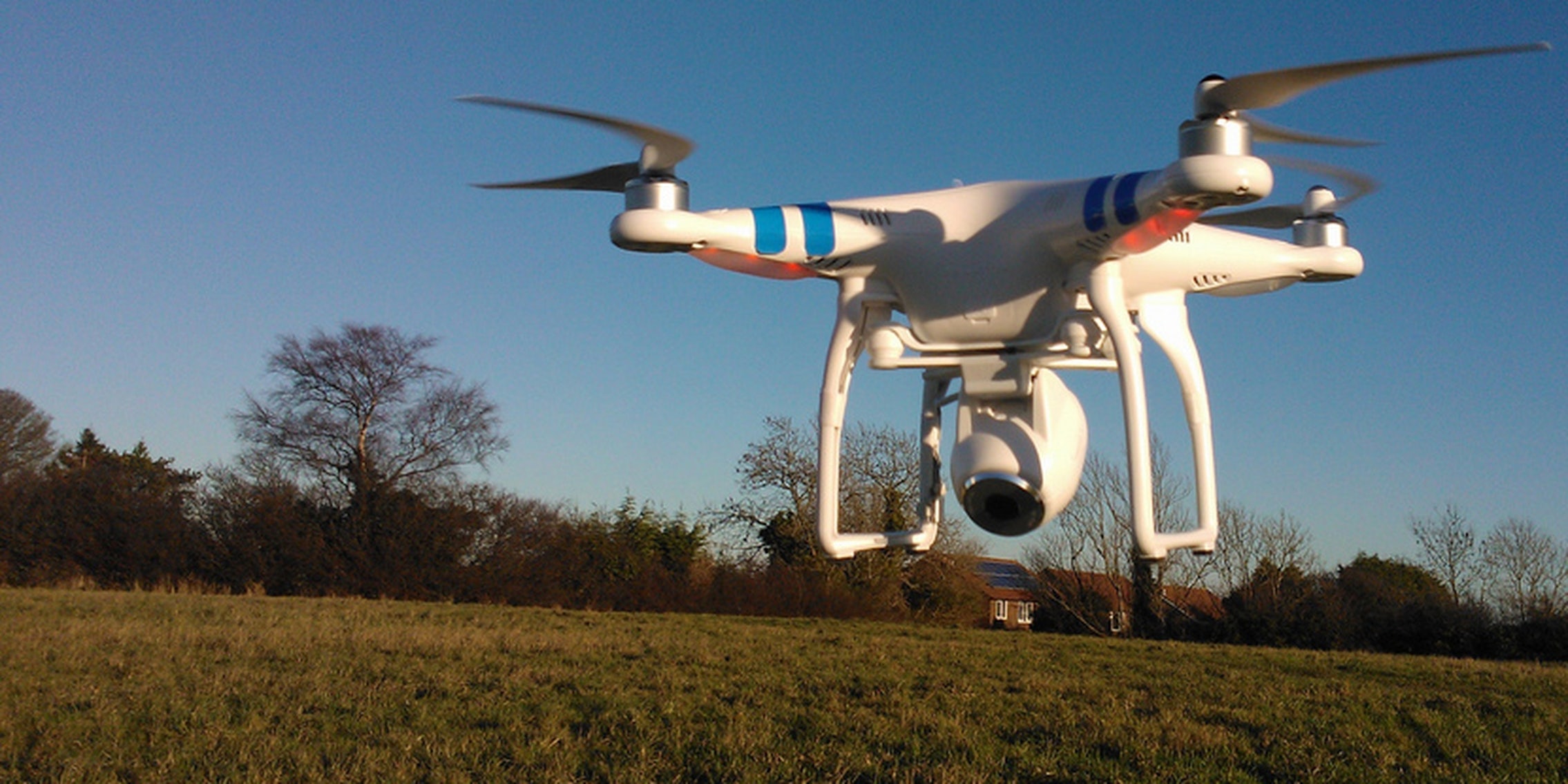 Watch a Phantom drone in action at the Harlem explosion site

In the middle of the chaotic scene stood a rather nonchalant man in a hoodie and sunglasses, holding a giant white remote.

Down at 116th Street and Madison Avenue, a block away from the site of an explosion that rocked Spanish Harlem and collapsed two buildings, a massive crowd had gathered, covering their mouths and noses, staring into a thick, eye-watering smoke. Shaken survivors were already telling their stories to news crews when I arrived. A woman leaned out of her apartment window, yelling, “I can’t breathe! It’s World War III out here!”

In the middle of this chaotic scene—gas masks, tears, police cars, firetrucks, evacuated residents, and throngs of first responders—stood a rather nonchalant man in a hoodie and sunglasses, holding a giant white remote with a Samsung smartphone plugged into it. I first noticed him when cameraman with press credentials eyed him enviously and told a colleague, “Someone’s making some money today.”

Looking up, I spotted the source of jealousy: a little quadcopter drone, hovering a few stories above street level. 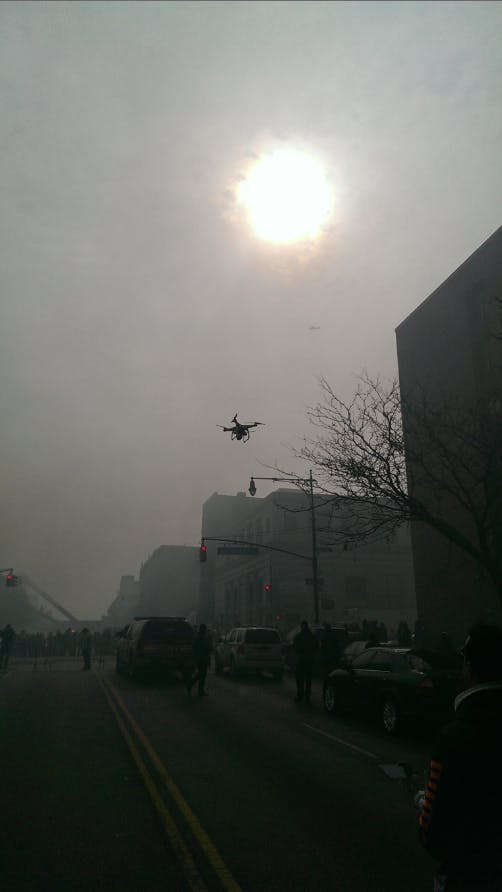 Brian Wilson was the operator of the nifty DJI Phantom device, a multi-rotor aircraft for aerial filming, and soon enough, everyone had gathered around to ask him about it. The main question: How much does one of these things cost?

“A good one can run you up to $1,500,” he said—though we have to imagine the thing had paid for itself this morning. “I got some good shots that ain’t nobody getting,” he said.

The video beamed down to his phone did have an impressive scope, but still, smoke obscured almost everything. 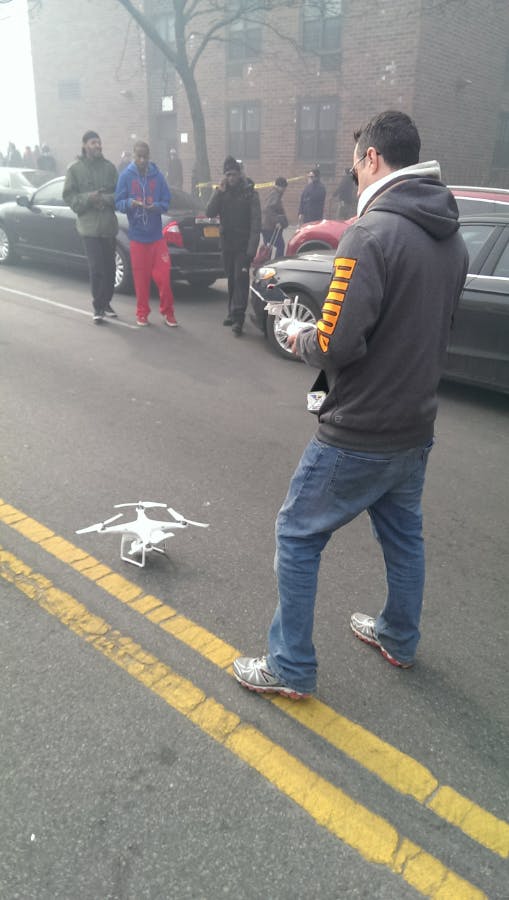 Did the cops or firefighters ever give him grief for buzzing through an active disaster site, I wondered. “Nah,” he replied. In any case, it seemed they had better things to do at the moment.

Someone else was curious about mid-air collisions. “I’ve never hit a bird, thankfully,” he said.

He explained that it was best to keep the drone in eyeshot and maintain points of reference. If he got lost, “then I go up. Up is always safe.”

If the battery were to run out, he told another man, the chopper could still land safely. He executed a few runs, to the repeated delight of impressed bystanders, as actual helicopters patrolled the air high above us, filling the neighborhood with a raw, flickering roar.

Eventually, Wilson had attracted too much attention, and relocated to a different staging area, but his fans followed him. He moved again, lugging a big black case for his Phantom. “He’s like, ‘You’re blowing up my shit!’” a kid remarked. “You got this too big!” Perhaps the uncertain legality of this pursuit had him worried after all. I kept up with him for a while, but Wilson eventually lost me in the crush of bodies. I scoured the area again, but he had vanished, and his Phantom was nowhere to be seen in the sky. Guess he got what he came for.