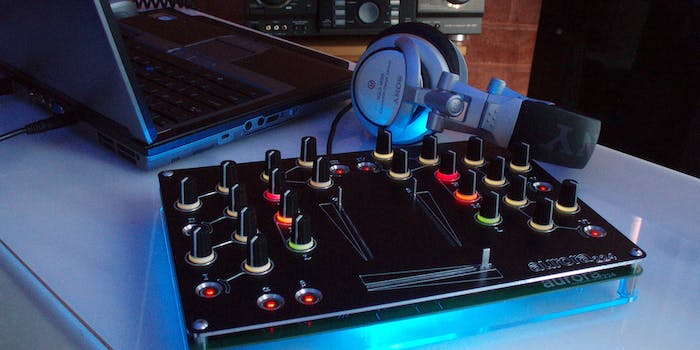 Grooveshark calls it quits in the face of multiple lawsuits

The site apologized 'without reservation,' but it's too little, too late.

After nearly ten years of providing free, high-quality tunes, streaming-music service and music-industry lawsuit-generator Grooveshark is closing its doors for good. The decision, posted on the company’s website, is the result of a settlement with the major record labels that ends years of high-stakes lawsuits.

Grooveshark spent about as much time in court as it did out of it. The writing was on the wall as soon as Universal Music Group filed suit against the service in 2011. The record label was seeking damages as a result of Grooveshark uploading songs for which it did not own the licenses. Universal wanted more than $150,000 per track and cited nearly 2,000 illegally uploaded songs.

Ahead of the latest trial, which began on April 27, a federal judge ruled that Grooveshark had violated copyright laws on nearly 5,000 songs, putting the on-demand music service on the hook for an upwards of $736 million. The potential costs became insurmountable, Grooveshark said in its closure notice, and the company’s only option was a settlement agreement.

Additional details about the settlement are currently unavailable.

The full Grooveshark closure statement is below.

Today we are shutting down Grooveshark.

We started out nearly ten years ago with the goal of helping fans share and discover music. But despite best of intentions, we made very serious mistakes. We failed to secure licenses from rights holders for the vast amount of music on the service.

That was wrong. We apologize. Without reservation.

As part of a settlement agreement with the major record companies, we have agreed to cease operations immediately, wipe clean all the data on our servers and hand over ownership of this website, our mobile apps and intellectual property, including our patents and copyrights.

At that time of our launch, few music services provided the experience we wanted to offer ­and think you deserve. Fortunately, that’s no longer the case. There are now hundreds of fan friendly, affordable services available for you to choose from, including Spotify, Deezer, Google Play, Beats Music, Rhapsody and Rdio, among many others.

If you love music and respect the artists, songwriters and everyone else who makes great music possible, use a licensed service that compensates artists and other rights holders. You can find out more about the many great services available where you live here: http://whymusicmatters.com/find-music.

It has been a privilege getting to know so many of you and enjoying great music together. Thank you for being such passionate fans.

Your friends at Grooveshark

Photo via auroramixer/Flickr (CC BY SA 2.0)