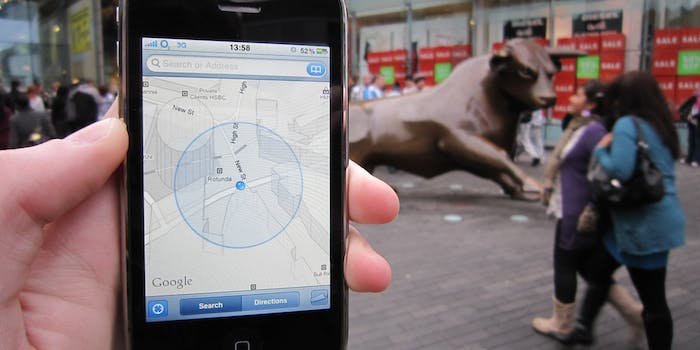 That peeing Android logo ruined Google Map Maker for everyone

It was fun while it lasted.

Remember the person who caused a commotion by drawing a park  on Google Maps in the shape of the Android logo peeing on the Apple logo? Well, hopefully you had a good laugh about that prank, because thanks to that vandalism, Google has closed Google Map Maker for the foreseeable future.

The hidden image of the urinating Android wasn’t the first case of cartography-based vandalism, but it was perhaps the highest profile and, apparently, the straw that broke Google’s back.

The image, along with others hidden across the virtual globe, was placed by pranksters using Google Map Maker, the community sourced system for making edits to Google Maps. Now that service is being suspended until Google can fix its review policy to catch abuses of the system.

As of May 12, 2015, Google Map Maker is unavailable to all users. In a post on the product forum, Google Map Maker product manager Pavithra Kanakarajan explained that a recent escalation in spam was to blame. She cited an incident in which “a strong user in our community chose to go and create a large scale prank on the Map” as one of the occurrences that led to the decision to suspend the service.

While Kanakarajan assured users that the service suspension was temporary, she noted that it will take “longer than a few days.” As a course correction, Google is currently reviewing all edits as a part of a manual review process. The Map Maker team is also working toward improving the moderation system to prevent these issues in the future.

“While this is a very difficult, short term decision, we think this will help us get to a better state faster,” Kanakarajan wrote. “More importantly, we believe it is simply the right thing to do to all of you, our valued users who continue to edit with the hope that your changes might go live as fast as you’ve been used to.”

There is no timetable for the return of Google Map Maker, and it appears that when it does come back, the editing process will be considerably less open. So if you’ve planning to put an image of something peeing on Google Maps, you better make sure it’s actually there first.