These are 2015’s top Google searches

A look back at 2015 based on Google searches.

This year was one of triumph and tragedy, at least according to Google Search. Its annual look back at A Year In Search highlighted what people Googled the most this year, from the Nepal earthquake to the discovery of water on Mars.

Globally, the most popular searches by far were those regarding the November terrorist attacks in Paris, with over 897 million searches about the attacks that shocked France and the world. But while violence topped the year in search, the Oscars, the Cricket World Cup, the Rugby World Cup, and Star Wars rounded out the top five things we turned to Google for this year. 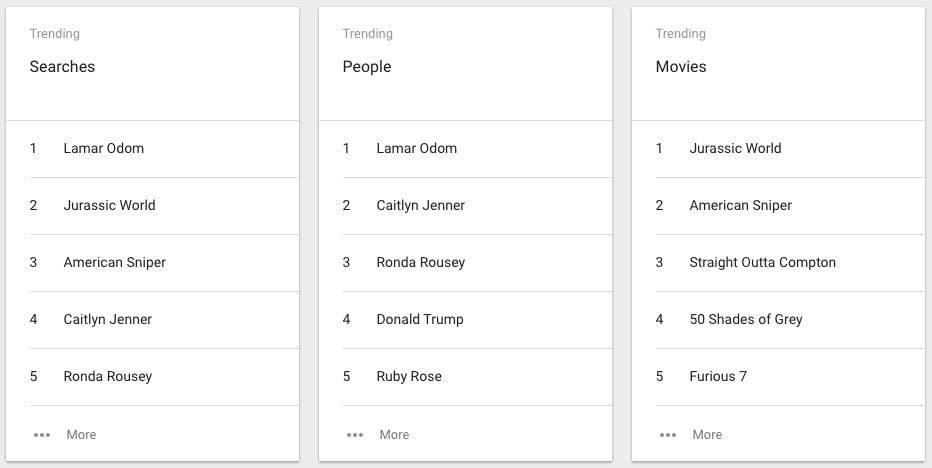 Google accompanied the data with a highlight reel encapsulating what defined 2015. It starts and ends with footage of refugees seeking a safer home, as a segment of Caitlyn Jenner’s moving Arthur Ashe Courage Award ESPYs speech plays in the background.

Google also provided an interactive visualization of the timeline and popularity of searches so you can see spikes in interest and the total volume of each search. 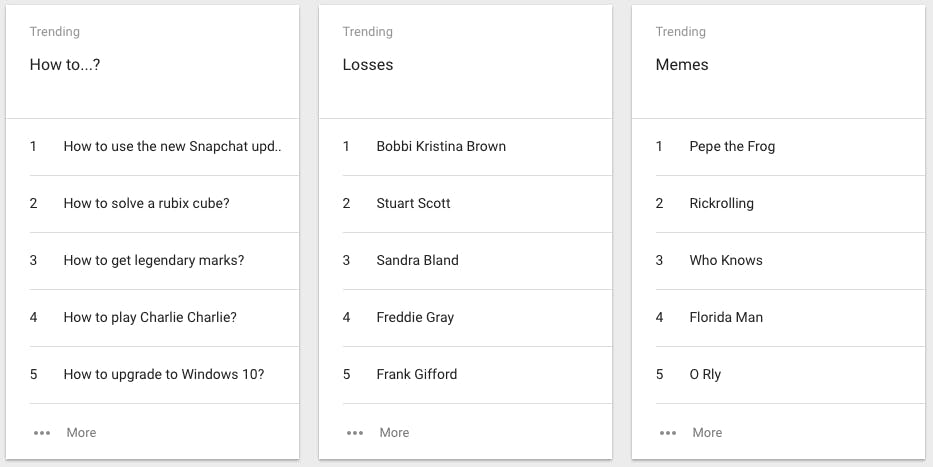 Through search data, Google provides a touching and hopeful look back at the year without glossing over tragedy, adversity, and grief many people faced.