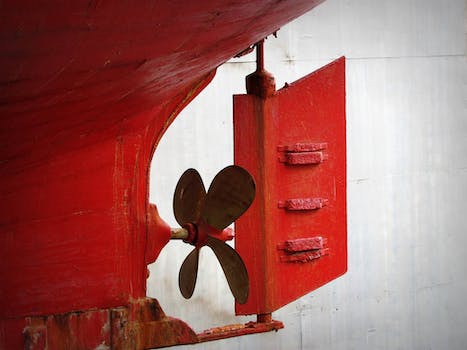 This could be an environmentally friendly way to travel the open seas.

Google‘s got its hands in all sorts of different areas, from artificial intelligence to self-driving cars. Now, it looks like its expanding to a new area: ship propulsion.

According to a recently filed patent, Google inventors are exploring a new, kite-based way of propelling sea dwelling vessels. Makani, a company Google acquired and lumped into its X moonshot division, develops energy kites, a wind turbine that operates at higher altitudes for greater efficiency. In the patent, inventors  Damon Vander Lind, Thomas Van Alsenoy, and Richard Wayne DeVaul explain how this technology could be used to propel ships. (Or, more accurately, how this airborne wind turbine would actually pull a ship.)

This isn’t the first time Google has played with seafaring technology. A few years back, Google employed a small fleet of barges as data centers and interactive spaces. Deepak Gupta, the patent expert behind PatentYogi, believes that this kite propulsion system could in fact be used in conjunction with these floating data centers, transporting them around the globe using (essentially) free power.

Perhaps this system could also harvest and then store wind-powered energy that could then be used for other applications back on land, like a giant, floating battery charging station. It’ll be interesting to see if, or how, Google pushes this invention further.