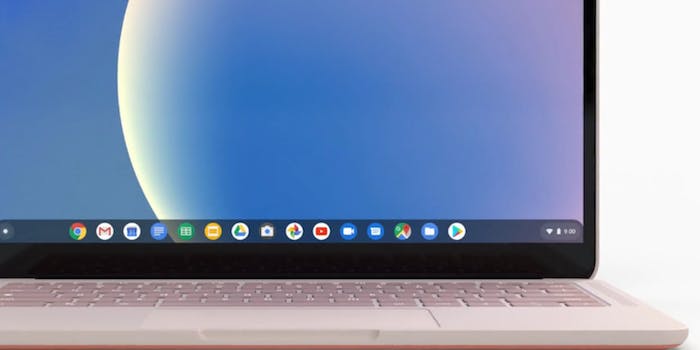 The Pixelbook Go is a pretty significant change in direction for Mountain View.

Despite developing a computer operating system, Google’s laptop hardware efforts have felt tepid at times, dominated by premium devices with little mass-market appeal. The first Chromebook Pixel was the quintessential example of that. Although it was objectively a lovely computer, its entry-price of $1,299 deterred most people, and it remained a niche device aimed primarily at a small number of deep-pocketed enthusiasts. Today, however, we met the Google Pixelbook Go, and it’s a (mostly) impressive machine with a deep price cut.

The Pixelbook Go, overall, is a pretty significant change in direction for Mountain View.

Before getting into what’s inside the Google Pixelbook Go, it’s important to talk about what makes this gadget most different than its Chromebook predecessor: Price. The Pixelbook Go is priced at $699, it’s Google’s first stab at the middle-range of the laptop market.

Let’s talk about specs. The Google Pixelbook Go comes with a 13.3-inch touchscreen and boasts a bevy of processor, RAM, and storage choices. It’s available with Intel’s m3, i5, and i7 processors, 8 or 16GB of RAM, and either 64GB, 128GB, and 256GB SSD storage.

Devices running the m3 and i5 processors come with a standard 1080p HD display, while the more premium i7 model packs a 4K UHD panel.

It’s not immediately clear what storage technology the company has deployed in the Google Pixelbook Go. Although this is the cheapest laptop Google has released to date, it’s still quite premium, and leaves us hoping this machine doesn’t use bargain-basement eMMC storage. Sadly, the specs sheet doesn’t shine much light on this.

As you might expect, the Pixelbook Go doesn’t include legacy USB-A connectivity, and instead packs two USB-C ports, which are also used for charging. Google says the device has up to 12 hours of battery life and supports fast charging. Twenty minutes tethered to the mains is enough to get two hours of battery life, which undoubtedly will come in handy for road warriors.

When can I order one?

Although the Pixelbook Go isn’t currently on sale, you can register to be notified when pre-orders open.