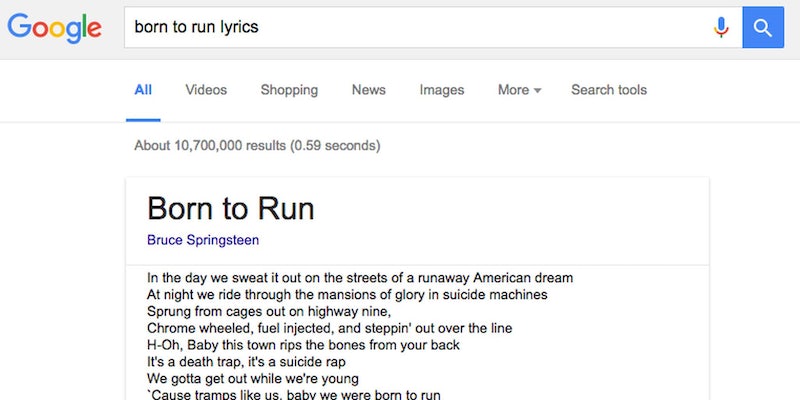 Google just made finding your favorite lyrics easier than ever and they're paying the artists.

As of June 27, when you search for song lyrics on Google the lyrics will pop up in the search results without you having to click through to another site. The new feature is part of a licensing deal with LyricFind and, while it will make your life easier, it turns out it will also help your favorite artists get paid as well. 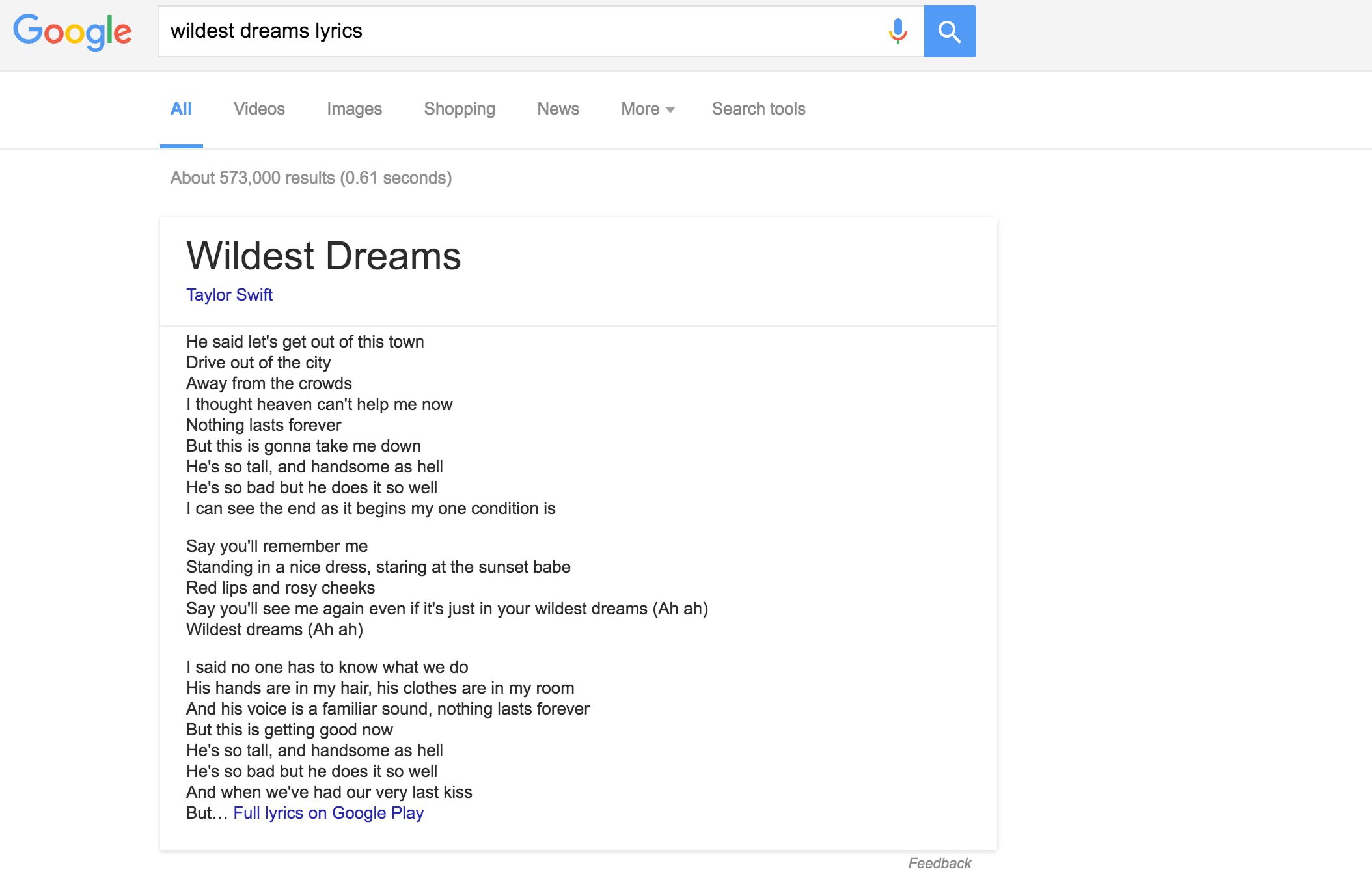 According to a report this morning from Billboard, LyricFind’s arrangement with Google will funnel money towards arts when people search for their lyrics. LyricFind was founded in 2004 as a way for publishers to manage the rights to their lyrics on popular lyric sites.

Currently, the company works with over 4,000 publishers to license lyrics to apps and websites. So next time you’re in a bar argument about the lyrics to “Born to Run” consider Googling them. You might be sending the Boss a little scratch.

Popular lyric search sites like AZ Lyrics are some of the most trafficked sites on the web, so it makes sense that Google would want to offer similar functionality via a built-in tool. Of course, Google’s addition could also mean a huge decrease in visitors to those kinds of sites, so it remains to be seen how big of an impact the feature will have.