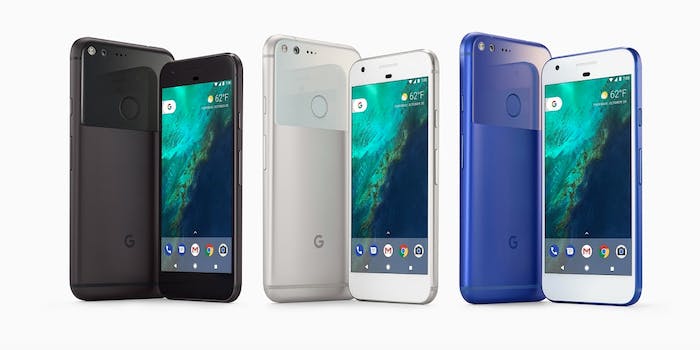 Google just made a really big bet on hardware.

Late Thursday night Google officially announced that it would be acquiring a large team of HTC engineers to help in its hardware efforts. This wasn’t your typical acquihire, however. Google gained around 2,000 new engineers for a cool $ 1.1 billion.

Google has worked closely with HTC on smartphones and tablets for many years. In fact, HTC made Google’s first attempt at a phone, the HTC Dream (T-Mobile G1), back in 2009. HTC was also the company behind more successful products such as the Nexus One and the first Google Pixel smartphone. The members of this 2,000-person hardware team have been working with Google on many of these devices. Now, instead of being contractors on these projects, they’ll actually be full-fledged Googlers.

“Creating beautiful products that people rely on every single day is a journey, and we are investing for the long run,” Osterloh says. Osterloh joined Google roughly a year and a half ago, after being president and chief operating officer at Motorola Mobility.

After the acquisition, HTC will still have around 2,000 engineers of its own. They will continue to work on HTC’s own smartphones, the New York Times reports, just with a narrower portfolio.

This HTC acquisition isn’t Google’s first major dive in the hardware space. Back in 2012, Google acquired Motorola Mobility for $12.5 billion (its biggest acquisition to date). However, Google abandoned that effort and sold the hardware company to Lenovo merely two years later.

Now AI and software integration are becoming an increasingly important part of the mobile experience. Google’s HTC acquisition will allow the company greater control in that area, so it can better compete against Apple (which dominates in the smartphone arena) and Amazon (maker of the popular Echo smart home speakers).

Google offers its own smartphones (the Pixel), a smart home speaker (Google Home), a connected router (Google Wifi), VR viewer (Daydream View), and media streamer (Chromecast Ultra). With HTC’s team, Google should be able to make future versions of these, and other products, with greater ease.