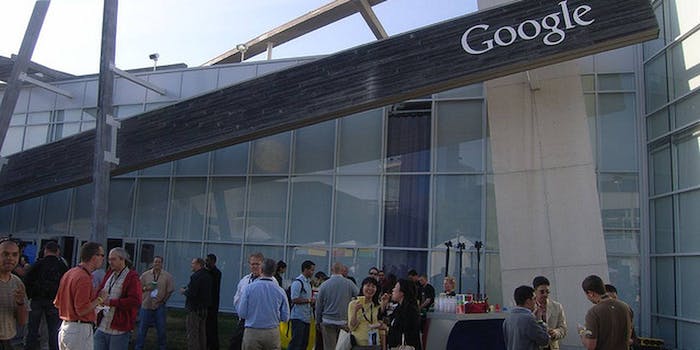 The company was defending its practice of scanning email contents for better ad targeting.

We’ve said it before, and we’ll say it again. Email isn’t totally secure.

If you’re not going to take our word for it, how about Google’s? They’ve admitted in a court filing that Gmail is a privacy-free zone.

In a motion to dismiss a suit over Google’s practice of machine-scanning the contents of emails in order to provide targeted ads, the company argued that no email user should be shocked to find out this is going on.

Google’s brief then cited Smith v. Maryland: “a person has no legitimate expectation of privacy in information he voluntarily turns over to third parties.” As we noted in an earlier article, there is no email without a third party, whether that’s Comcast, Google, Hushmail or a branch of the military.

The suit, as Consumer Watchdog notes, “says Google violates federal and state wiretap laws when the company reads emails to determine what ads to serve based on the message’s content.”

The complainants in this multi-jurisdictional suit (PDF) are seeking to compel Google to specifiy what information from their emails was used to generate the appropriate ads. They’re also seeking a monetary settlement.

While Google’s actions may be neither new news nor as dramatic as they may seem, they are important. Regardless of rosy PR statements and the fine print and between-the-lines implications of terms of service, the rubber meets the road in a court of law; and there, Google is arguing for a right to look at your email. They may elect to “do no evil,” but they want the legally-established power to do so, should they wish.

“Google has finally admitted they don’t respect privacy,” said John Simpson, director of Consumer Watchdog’s Privacy Project. “People should take them at their word; if you care about your email correspondents’ privacy don’t use Gmail.”

His statement is only one letter away from perfect accuracy. It should read: “If you care about your email correspondents’ privacy don’t use email.”

UPDATE: Electronic Frontier Foundation staff atorney Hanni Fakhoury told the Daily Dot, “I think they are just saying non-Gmail users who complain about Google reviewing messages as part of delivering them have essentially consented to Google review by virtue of sending an email, coupled with the idea that a party doesn’t have an expectation of privacy in the messages, though that is not true as it pertains to email (see US v. Warshak).”