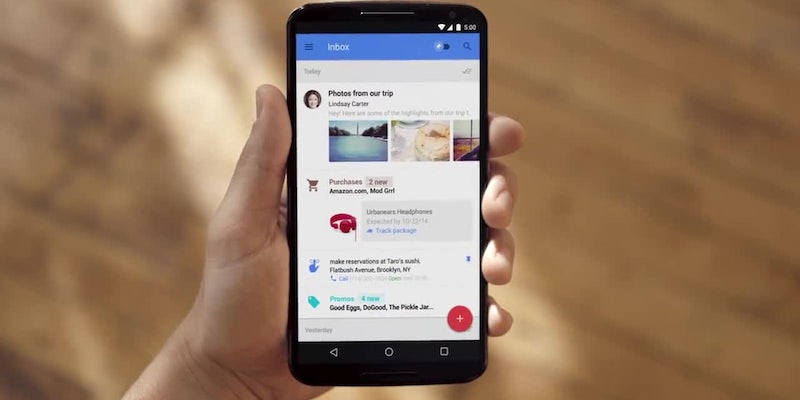 We're sure this won't cause any panic or consternation whatsoever.

Google gave Farhad Manjoo from the New York Times an exclusive look at the product, which has a very different interface and aims to fulfill slightly different goals than the feature-packed Gmail does at present. 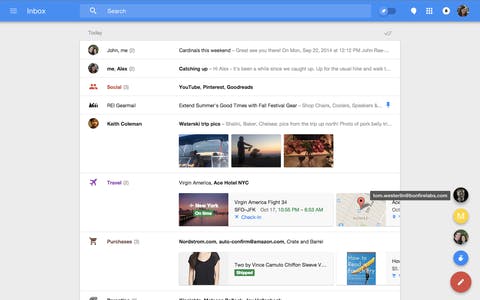 “Inbox isn’t an upgrade to Gmail. It’s a long-term replacement for it,” Manjoo wrote. Although Google still plans to develop new features for Gmail in the short term, “Inbox is meant to be your email system for the next decade.”

The reason Inbox is already so controversial among the tech press is that it completely replaces the message-list experience of Gmail with a feed of information that closely resembles a social network.

“I wish my email had previews of messages that share the overall aesthetic of a social-networking feed,” said no one ever. #gmail #inbox

Seriously, @gmail, I’m not trying to be funny — what widespread user problem were you trying to solve with Inbox?

Building on the success of Google Now, Inbox will present you with social-network-style updates on your life, from flights to purchases to appointments. Google is integrating reminders into the communication features of Inbox, and these reminders will pull relevant data from the Web. The example Manjoo gives is that you could set a reminder to “call my dentist” and Google would automatically add your dentist’s contact information and availability to the reminder.

The social-network asthetic will highlight content from messages that you can access without digging into the messages themselves. For example, Manjoo writes, “When your friend sends you some photos, you see the pictures right on the main screen, and you can flip through and dismiss them without going into the message.”

Google did not announce a launch date for Inbox, but according to the Times report, it will first be released on Android, iOS, and the Web “on an invitation-only basis.” You know what that means, folks—time to find a friendly tech blogger who will slide you an invite so you can look cool opening Inbox in front of all your friends.