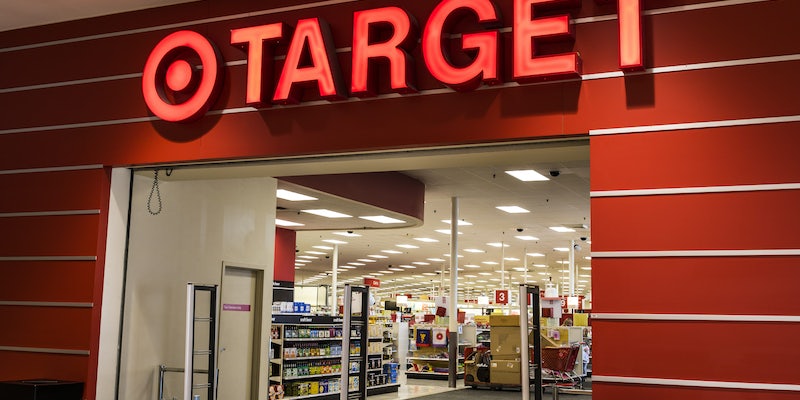 Google just added another retail giant to its Express platform in its fight against Amazon. Target customers will now be able to make purchases nationwide from the shopping app and Google Home devices using their voice.

The companies shook hands after a successful test of Google’s delivery service in New York City and California. The two will work closely to integrate their offerings, with Target adding its REDcard credit and debit card, support for two-hour in-store pickup, and other services normally available directly through the big-box retailer’s website. Target says more of its services will be coming to Express next year.

The announcement comes a few months after Walmart said it would partner with Google, forming a powerhouse team made up of Amazon’s biggest retail and tech rivals. Hundreds of thousands of Walmart items are available on the platform.

For those who aren’t familiar, Express is Google’s answer to Amazon Prime. Users can shop from dozens of different retailers using the Express website or Google Assistant on Home devices, Android TV, and the iOS and Android app. Most deliveries take between one and three days, according to the tech giant.

Since its partnership with Walmart in August, the service does not require a membership, which previously ran for $10 a month or $95 a year. Other well-known stores using Google’s delivery platform include Costco, Kohl’s, Bed Bath & Beyond, PetSmart, Staples, Toys R Us, and Walgreens.

These companies use Google’s online presence and new voice-enabled Home hardware in a bid to provide the same level of convenience as market-leading Amazon.

On the other hand, the more partnerships Google makes, the further it expands the capabilities of its new speakers with the hope of luring customers away from Amazon’s Echo devices.