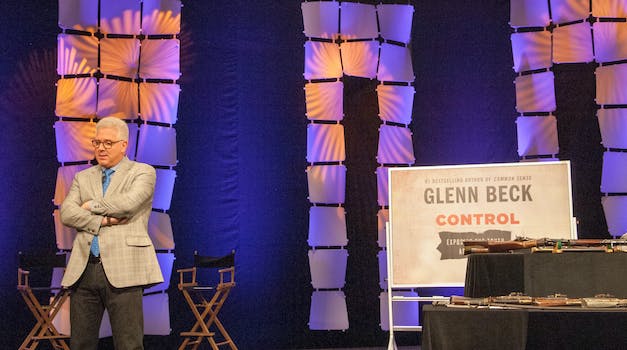 Glenn Beck thinks the Baltimore riots are fake, and he’s about to be murdered

This is the most extreme Beck rant ever, and that's a pretty big accomplishment.

Glenn Beck has long been a target of ridicule thanks to his often extreme views and predictions, but a recent rant at the tail end of his radio show is so utterly off the wall that it’s not hard to wonder if the longtime pundit may actually be losing his mind.

As he wrapped up his show, Beck launches into a lengthy rant where he claims, among other things, that the unrest in Baltimore, Ferguson, and other cities across the United States isn’t actually happening, but is simply a piece of a larger conspiracy by the federal government to seize control of all police agencies from coast to coast.

“We’re being set up, guys. We are absolutely being set up,” Beck told his audience, adding “ I can’t wake anybody else up. They’ve smeared me. I’ve helped them smear me. I don’t have any credibility. Nobody is listening. I can tell you what’s coming. I’ve told you every step of the way. I know what’s coming next.”

That’s when Beck drops his big “truth” bomb on the listeners, claiming that the clashes between police and protesters—which have been documented by thousands of first-hand accounts, videos, interviews, and live streams—is just a show.

“We’re watching a script and a play play out in front of us. None of this stuff is real. Those riots in Baltimore. That wasn’t real,” he alleges, adding that he and others like him are probably going to be murdered in short order. “If you look back at history, what happens to people who have voices and can cobble together people and be a leader? If you go back to what happened with the Armenian genocide, what is the first thing the Turks did? What is the first thing the Nazis did?” he asked.

Beck has gone on rants and made bold allegations before, but the gravity of this one seemed to surprise even him. As he wrapped up his diatribe he seemed to have a brief moment of clarity where he realized just how crazy the rant was, saying “I can’t believe I just said all that.”

Don’t worry, Glenn. Neither can we.