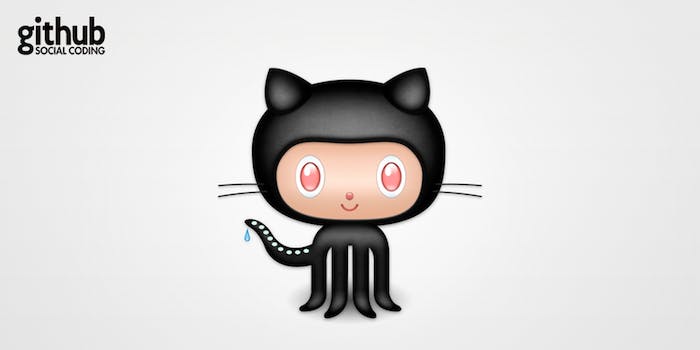 Also, those responsible for sacking the people who have just been sacked have been sacked.

The jewel of tech community’s open-source community projects, GitHub has been mired in Horvath’s many accusations, including sexism, a toxic work culture of bullying and harassment, and inappropriate activities from newly departed CEO Tom Preston-Werner and his wife.

GitHub announced Preston-Werner’s resignation last week in a vehement denial of wrongdoing that left many members of the community scratching their heads. After all, if nothing was wrong, why was Preston-Werner resigning?

Horvath fought back by listing the names of GitHub employees she said had contributed to the environment that drove her out. With two such different stories coming from respected coder Horvath and GitHub, it was tough to understand what, if anything, had actually happened.

Yesterday, GitHub reneged its previous we-apologize-but-we-didn’t-do-anything-wrong statement and started over. This time, in the wake of Horvath’s new round of allegations and details, GitHub’s cofounder Chris Wanstrath issued new details of his own about the independent third-party investigation the company had conducted, and what it had revealed about the company workplace environment.

Wanstrath opened his blog post with an apology for the previous apology:

Last Monday I published the least open and least transparent blog post GitHub has ever written.

We failed to admit and own up to our mistakes, and for that I’m sorry. GitHub has a reputation for being transparent and taking responsibility for our actions, but last week we did neither. There’s no excuse. We can do a lot better.

Then he went into details about the three areas of concern that the investigation had focused on:

1) Tom Preston-Werner. The investigation substantiated Horvath’s claims that Preston-Werner and his wife had bullied and harassed her. Wanstrath wrote:

The investigation found Tom Preston-Werner in his capacity as GitHub’s CEO acted inappropriately, including confrontational conduct, disregard of workplace complaints, insensitivity to the impact of his spouse’s presence in the workplace, and failure to enforce an agreement that his spouse should not work in the office. There were also issues surrounding the solicitation of GitHub employees for non-GitHub business and the inappropriate handling of employee concerns regarding those solicitations.

After being presented with the results we felt Tom could no longer be an effective leader at GitHub. He offered his resignation and we accepted.

2) Ted Nyman. Horvath accused Nyman, a GitHub engineer whom she used to date, of harassing her out of animosity towards her after ending the relationship. Horvath claimed Nyman “systematically bullied me out of our code base because I wouldn’t fuck and/or date him.” Wanstrath claims that the third-party investigation found no evidence of this, noting:

The investigation found no information to support misconduct or opportunistic behavior by the engineer against Julie or any other female employees in the workplace. Furthermore, there was no information found to support Julie’s allegation that the engineer maliciously deleted her code. The commit history, push log, and all issues and pull requests involving Julie and the accused engineer were reviewed. The investigation considered all possible commits surrounding the accusation of passive-aggressive code removal. One instance was found where the engineer updated and broke some CSS in an internal application, which was fixed in a later commit. The investigator determined this change did not appear malicious.

3) GitHub’s workplace environment. Horvath claimed that numerous factors in addition to the two details named above contributed to her departure, including a final straw that came when she claimed to be observing male GitHub employees lining up to ogle women who were hula-hooping at a GitHub event. Despite Horvath’s litany of names of GitHub employees that she claims contributed to her departure, Wanstrath claims that the third-party investigation exonerated the company culture:

After interviewing over 50 employees, former employees, and reviewing evidence, [investigator Rhoma Young] found nothing to support a sexist or discriminatory environment at GitHub, and no information to suggest retaliation against Julie for making sex/gender harassment complaints. Employees were asked about their experiences here, good and bad. Women at GitHub reported feeling supported, mentored, and protected at work, and felt they are treated equitably and are provided opportunities.

GitHub makes no mention of the three other former and current GitHub employees that Horvath singled out in her most recent accusations, nor does it attempt to explain the discrepency between its report and Horvath’s.

By placing the blame on its departing CEO, GitHub certainly found a neat way to wrap up the whole controversy. But it’s one Horvath seemed happy to live with.

I’m pretty satisfied with @Defunkt‘s blog post. I disagree about the objectiveness of the “investigation,” as well as the toxic workplace.

But now that I am no longer at GitHub, the toxicity of its environment is no longer my concern.

GitHub also owes an apology to women their lack of employee protection and company culture has hurt in the past.

Also important to note that “found no evidence” does not mean it did not happen. I know what I experienced.

I don’t benefit at all from having come forward with my story. That is also important to remember.

The one thing I asked for in return for any non-disparagement to be signed was for Tom’s resignation. I’m glad GitHub is a better place now.

Horvath also said she felt the investigation results had substantiated her claims, and noted that she felt her treatment would not have happened if she had been a man.

As for what’s next, while Horvath said she felt she hadn’t benefited by coming forward, the tech world has had an eye-opener about the value of transparency in a community mired in systemic sexism. Even if sexism wasn’t at the root of Horvath’s particular problem, she felt it worked to silence her, and it could easily be working to silence other women in similar positions.

Meanwhile, all eyes are fixed on Wanstrath to see how his company will rise to its next challenge: rebuilding and moving on from the controversy, and hopefully paving the way for more female coders to meet with happier outcomes while at GitHub.