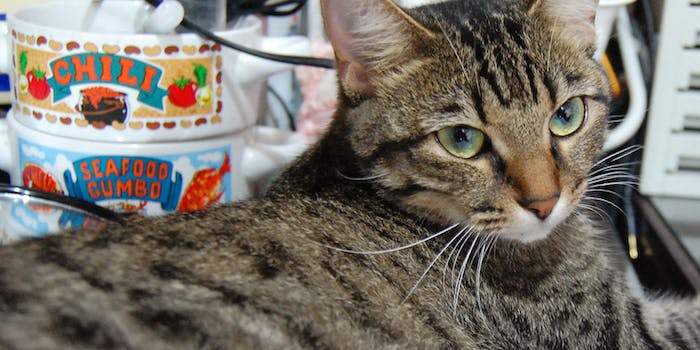 Anyone can make a similar 8-bit adventure.

What do you do if your cat is a giant pain in the ass and struggles to be on his best behavior, especially in the early morning hours when you’re trying to sleep? If you’re Will Herring, you make an 8-bit video game to take out all your frustrations.

Herring is a creative director at BuzzFeed, and while he doesn’t have any experience building video games, super-simple software called Construct 2 allowed him to create a game in which his cat, Finn, knocks stuff over as he’s trying to sleep.

“I have this sinking fear that he’s really only as horrible as I let him be, because he is truly The Most Spoiled Cat, hands down,” Herring explained to the Daily Dot via email. “He’s a sweetheart and the greatest and I love him dearly, but he has some deep-seated personal vendetta against me getting a full night’s sleep that I will never fully understand.” 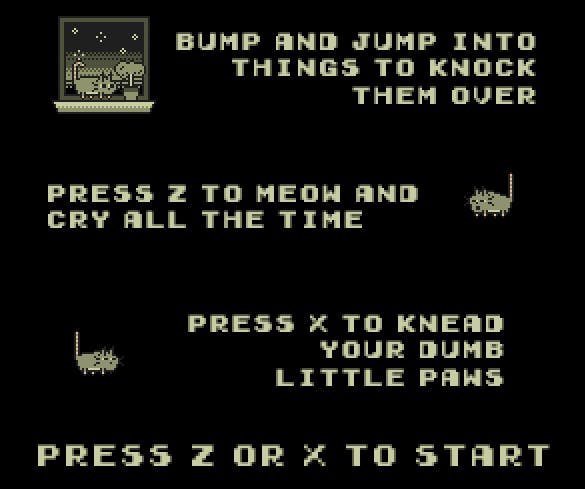 Construct 2’s development software uses HTML 5 to let people with no coding experience build and design 2D games. The WYSIWYG editor walks people through game development step-by-step. Indie developers use Construct 2 to quickly build game prototypes, while teachers use the software in classrooms around the country to explain the basics of programming.

Because Construct 2 is so easy to use, anyone can make a game starring their favorite trouble-making pet. The software is free to download, but you can pay $129.99 to personally license the software with additional features, including the ability to make mobile and Web apps and quickly debug your games.

It took Herring a few short days to build his game. Now, anyone can play as “garbage cat” and move the tiny creature across the screen, knocking things over and jumping on the owner’s bed at 3 a.m. 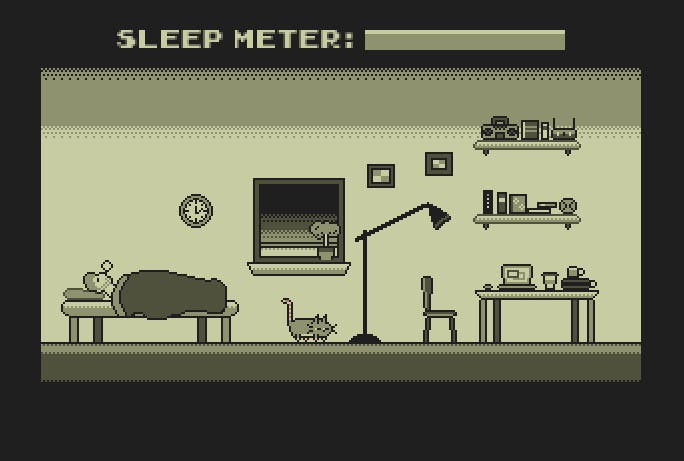 “I thought a few of my friends and coworkers might get a kick out of it—swapping horror stories about our cats’ trash can behavior is a big pastime,” he said. “And partly because there were a bunch of little things I’d been wanting to try out in a small, personal game for a while now, like working with limited color palettes and super simple physics.”

Apparently Herring isn’t the only game developer with cat-related frustrations. After he published his game, he discovered other cat-inspired games in which the player takes on the role of mischievous feline and knocks things over while the owner is away. And gamers who played older Atari 8-bit or DOS games might remember the 1980s title Alley Cat, which resembles Herring’s creation in some ways.

Although Herring’s garbage-cat app has quickly become quite popular, Finn himself is still misbehaving.

“I bought him a giant can of high-end wet food last night as thanks,” he said, “and he ended up waking me up at 1 a.m. instead??”