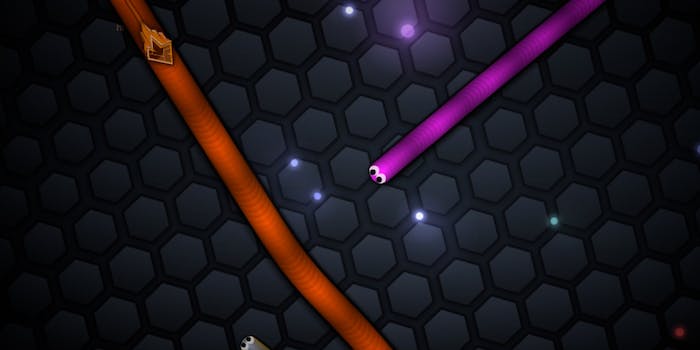 How to become the biggest snake in Slither.io

Slither.io is a free, fast-paced riff on the classic game Snake which tasks you with growing as big as you can while dispatching your rivals. It’s the perfect game to play between bus stops or while waiting for a call, but even casual gamers have goals. Here’s how to grow your adorable little snake to epic proportions.

The only two things you need to really worry about when you start a game of Slither.io is gobbling up the glowing pellets that litter the screen, and avoiding death at all costs.

Eating pellets makes your snake grow, and all pellets are good—don’t worry about the colors or even the size of the pellets early on, as they’ll all benefit you.

If you physically run into another snake with your snake you’ll die and turn into a huge clump of glowing dots for the other snakes to eat up. The larger the snake, the more pellets are created when they die, which means if you manage to trick a bigger snake into running into you, you’ll be able to gobble up a whole bunch of tasty dots. Unlike the classic Snake, you can cross over your own body as much as you want, so don’t worry about killing yourself by smashing into your own tail.

You can move faster for brief periods of time by boosting, but this comes at a cost: every time you boost you leave a trail of dots behind you, making you smaller over time. Boosting can be a great way to score a kill on an enemy snake, so don’t be afraid to use it if you see the opportunity.

How to win in five easy steps

1) Start off a coward 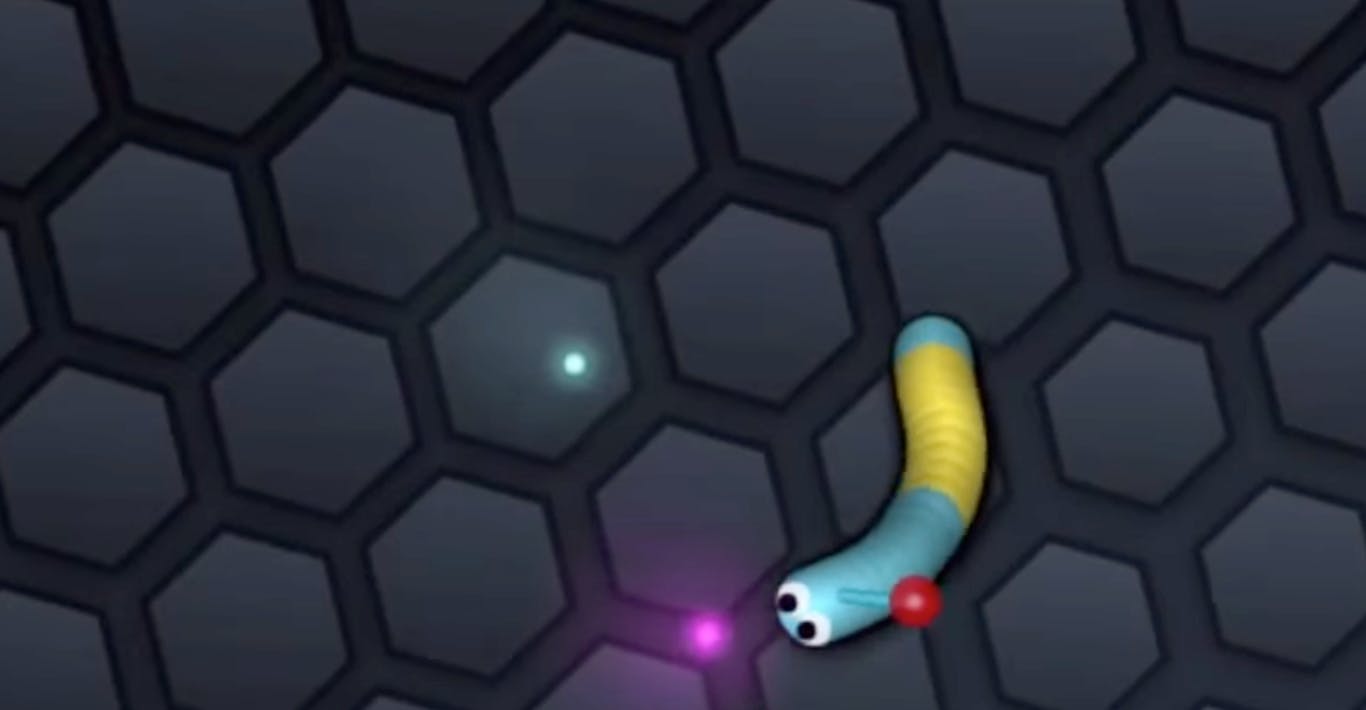 When the game starts, snakes tend to crowd around the center of the map to gobble up pellets, but there are pellets all over the map. Make your way to the four corners of the map and try to feed as much as possible while your enemies pick each other off. Keep an eye on where you are on the mini-map. You’re represented by a white dot.

2) When you must fight, use your speed boost

At some point you’re going to come face-to-face with another snake. This is going to happen a lot, especially as you get larger, and if you decide you want to engage, you need to have a little bit of strategy in mind.

Double tap the screen and hold to make your snake race forward, then cut in front of the snake you’re fighting so their head rams into your body. If they’re smart enough to turn or boost themselves, do your best to keep in front of them, and be ready for them to make a quick move to kill you, too. 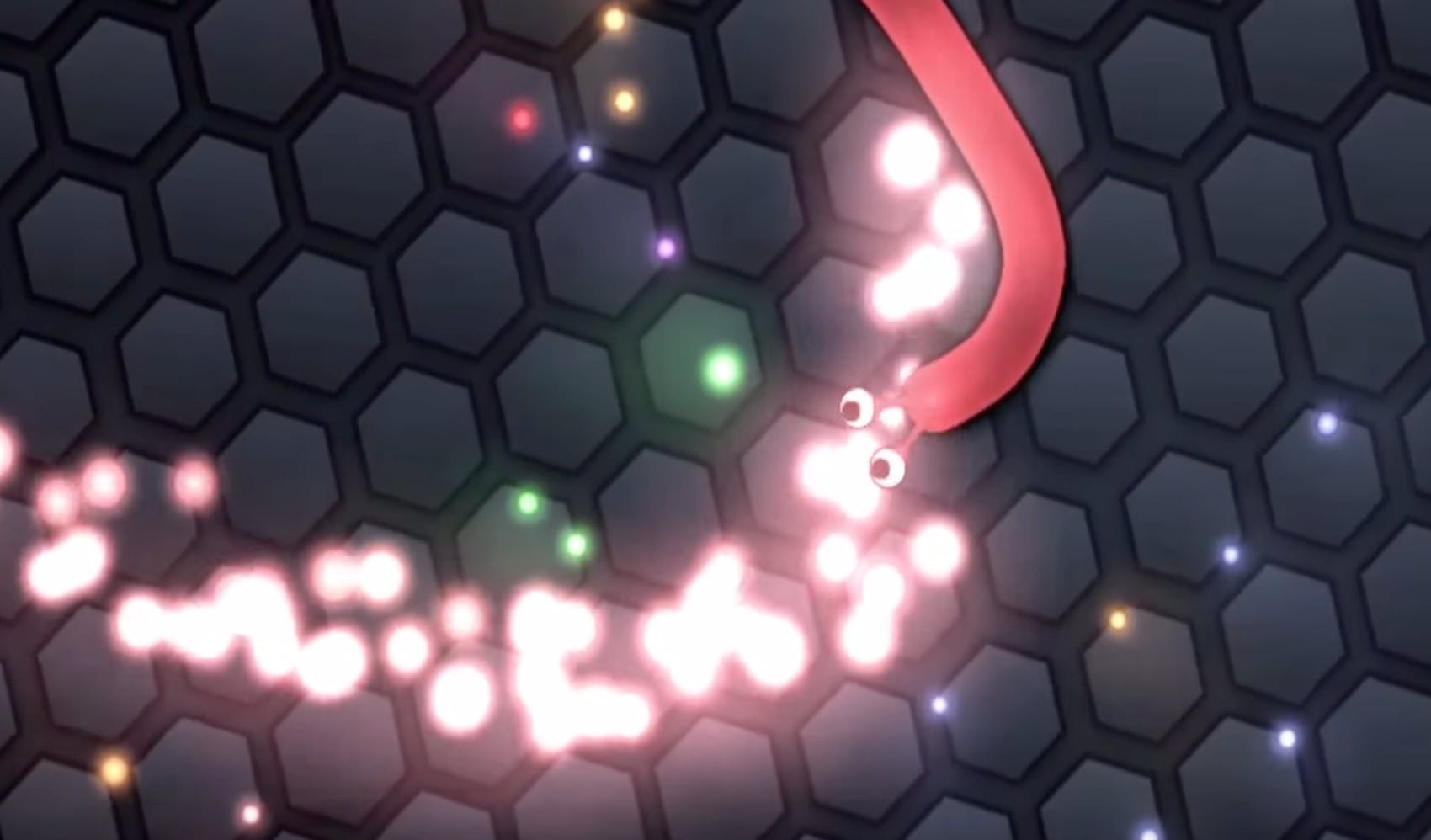 Think like a vulture, not like a tiger. It’s better to swoop in and eat the pellets left behind by someone else’s battle than to risk dying fighting on your own. If you see a snake die, especially if they’re much larger than you, do your best to muscle any other worms out of the area and take the spoils for yourself. Your fastest growth comes from eating other snakes, but there’s no rule that you had to kill the snake you eat. Get big off other people’s efforts.

When another worm boosts they leave behind a trail of power pellets, so if you try to fight a snake and they boost away, use their trail to your advantage and gobble it up as well. This is also a great tactic for finding other worms who are fighting, as boosting usually means they’re trying to either kill someone or avoid being killed themselves. At the end of the trail you might find a whole bunch of dead worm pellets, so always explore.

5) Use your size to your advantage 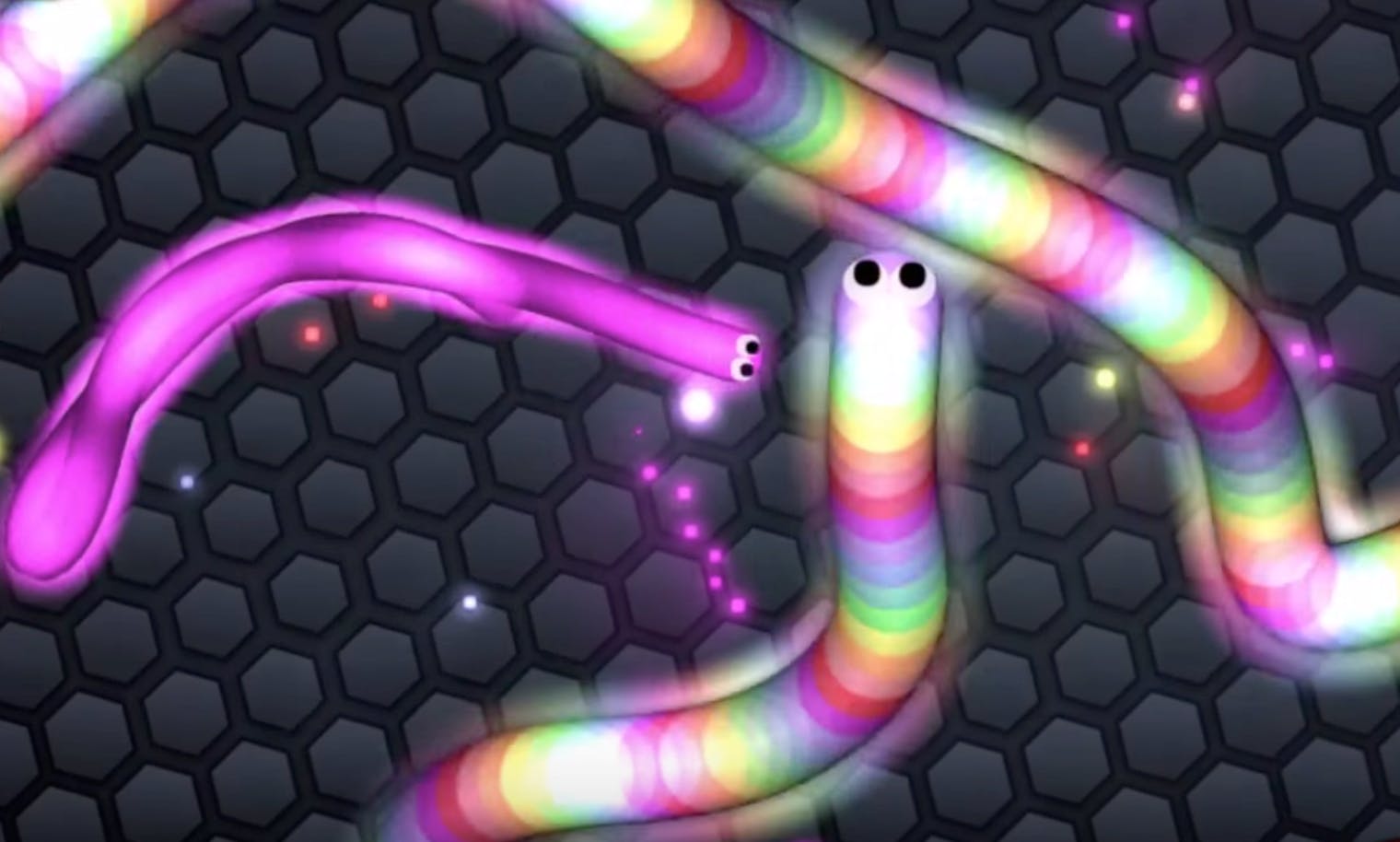 Every size of snake has their own advantages: When you’re small you’re better at stalking your prey, boosting forward, and cutting them off. Medium snakes have longer tails to trap their enemies without getting caught in their own mass. Giant snakes have it hard, because they’re trickier to maneuver, but if you play your cards right they also have the only “finishing move” in the game. Just circle around your enemy and watch them die inside the walls of your scales, then feast on the remains.

We hope these tips will help your biggest snake yet in Slither.io. Remember, keep your eyes on the prize, and gobble those pellets.