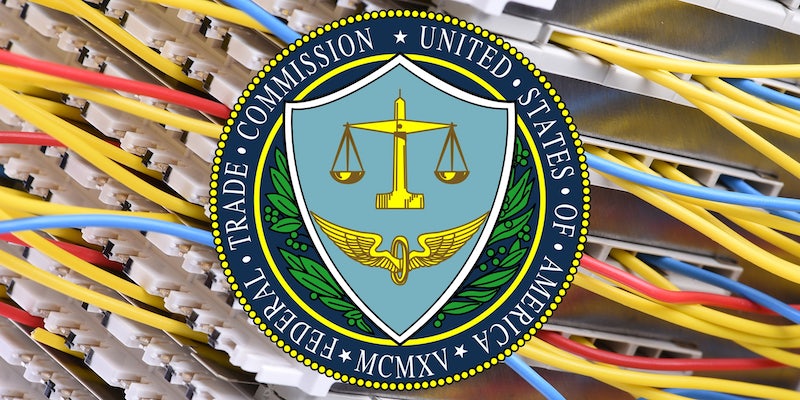 The FTC wants to reverse a ruling that hobbled its authority

'So the FTC won't let me be or let me be free.' —AT&T, with deepest apologies to Eminem

The Federal Trade Commission this week petitioned for a rehearing of a case that gutted its authority and oversight of phone and internet providers.

Some background: The FTC filed a lawsuit against telecom giant AT&T in 2014, for “misleading consumers and dramatically changing the terms of service while users were under contract,” as Techdirt put it. Specifically, the case was in response to AT&T data throttling practices against customers who were grandfathered into its now-retired unlimited data packages.

AT&T successfully argued it was exempt from FTC regulation by dint of being a so-called “common carrier”—that is, a company that provides goods or service to any company or person, rather than merely a select group. Common carriers, you see, are exempt from the FTC’s regulatory authority under Section 5 of the FTC Act that should otherwise “prohibit ‘unfair or deceptive acts or practices in or affecting commerce.’”

That leaves AT&T under the umbrella of the FCC instead, which it has similarly vehemently railed against, and which “reclassified mobile wireless broadband as common carrier services” in February 2015.

Here’s the ruling from August 2016 that stated “because AT&T was a common carrier, it cannot be liable for the violations alleged by the FTC.”

In layman’s terms, AT&T was asking Mom (FCC) for something that Dad (FTC) wouldn’t agree to, and vice versa, playing one parent against the other while functionally trying to disobey both.

At least, that’s how the FTC’s latest petition seems to parse the matter:

“The panel’s ruling creates an enforcement gap that would leave no federal agency able to protect millions of consumers across the country from unfair or deceptive practices or obtain redress on their behalf. Many companies provide both common-carrier and non-common-carrier services—not just telephone companies like AT&T, but also cable companies like Comcast, technology companies like Google, and energy companies like ExxonMobil (which operate common carrier oil pipelines). Companies that are not common carriers today may gain that status by offering new services or through corporate acquisitions. … The panel’s ruling calls into question the FTC’s ability to protect consumers from unlawful practices by such companies in any of their lines of business.”

As news circulated Friday of AT&T’s “advanced discussions to acquire” Time Warner, this case should be an important one to monitor.