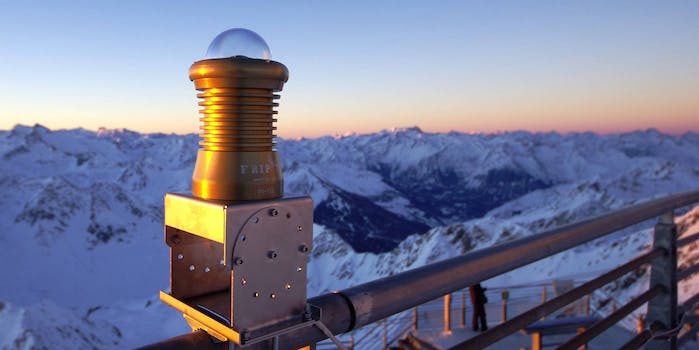 It can take years to find fallen meteors, but with these cameras, French scientists hope to find them every year.

Growing up, you’re taught to wish on shooting stars, but scientists in France had a better idea: catching them. Using a combination of 68 cameras and thousands of volunteers a group of French astronomers have created the Fireball Recovery and InterPlanetary Observation Network, aka FRIPON. By the end of the year, they’ll have 100 cameras pointed at the sky all over France.

Shooting stars are really just meteors flying into Earth’s atmosphere and burning up. While they don’t make wishes come true, these pieces of space debris allow scientists to study the solar system without having to go to space themselves. Sometimes space comes to us, you just have to find it. That’s where FRIPON comes in.

When one of the FRIPON cameras detects a meteor it immediately alerts a central computer in Paris. If two of the cameras spot the same meteor an email is sent to FRIPON scientists giving them a probably landing area. According to Nature, the system can predict a probable landing area of 1 to 10 kilometres. As the program goes on FRIPON plans on training up to 1,000 civilian volunteers to conduct these searches for bits of meteorites. In essence, science is crowd sourcing discovery.

But it’s not just the folks from FRIPON looking for meteorites embedded in the ground; intrepid meteorite hunters are always hoping to catch a bit of space debris for themselves. Bits of space rock can be worth big to enthusiasts, and selling their finds on eBay has become a huge business. Rocks can fetch hundreds of dollars per gram in some cases, and the larger specimens can go for tens of thousands of dollars or more.