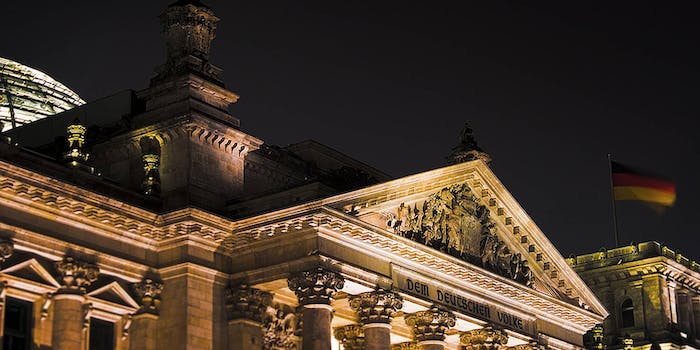 France and Germany want a European Internet to protect data from U.S.

Angela Merkel is tired of being spied on by the NSA.

Angela Merkel has been personally spied on by the U.S. National Security Agency, and now she’s taking steps to prevent the same from happening to other European Union citizens.

The German chancellor, who will visit French President Francois Hollande on Wednesday, announced this weekend that she will bring up the idea of creating a separate, European Internet.

“We’ll talk with France about how we can maintain a high level of data protection,” Merkel said on her weekly podcast.

“Above all, we’ll talk about European providers that offer security for our citizens, so that one shouldn’t have to send emails and other information across the Atlantic. Rather, one could build up a communication network inside Europe.”

Reuters reports that Hollande’s office has confirmed that the two administrations will discuss the matter, and moreover that the French agree with the German proposal.

Even before Edward Snowden’s NSA revelations, some European governments expressed concern about American technology corporations’ business practices in Europe: France was considering taxing Google and Facebook for data collection as far back as January 2013; authorities filed a billion-euro tax claim against Google earlier this month.