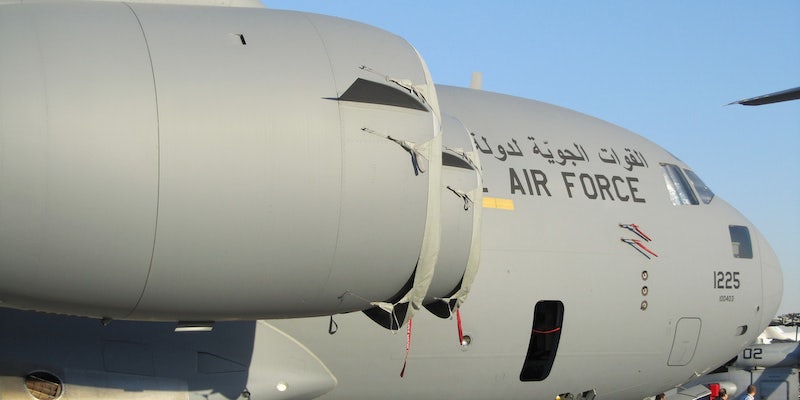 "After she bombed it, she couldn’t park it."

The story of Maj. Mariam Al Mansouri, the first woman to fly in the United Arab Emirates’ Air Force and a team leader in its air strikes against Islamic State (ISIS), is an inspiring one. But when the Emirati woman’s story appeared on Fox News’ The Five on Thursday, it was only a matter of time before one of the hosts said something stupid.

As it happened, it didn’t take very long.

The Five host Greg Gutfeld celebrated the irony of an Emirati who could launch missiles at ISIS but not drive a car by observing, “After she bombed it, she couldn’t park it.”

Panelist Eric Bolling joined in by asking, “Would that be considered boobs on the ground or no?”

Kimberly Guilfoyle, one of two women on the pentagonal panel, simply asked, “Why did they ruin my thing?”

If you’re still asking yourself that question, Ms. Guilfoyle, take a long, hard look around you. For everyone else, the video is available to watch below.