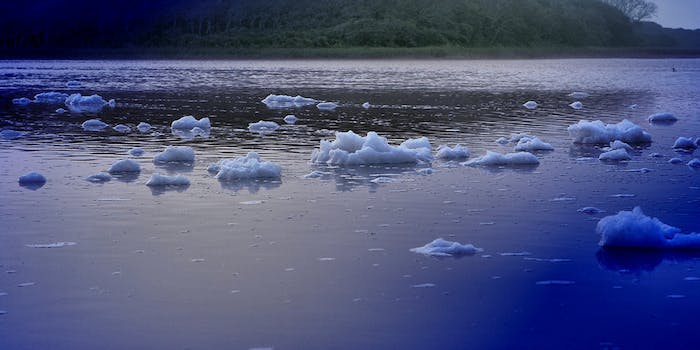 Once again, the network is facing scrutiny.

Fox News is a lightning rod for controversy. No matter what rabbit hole it goes down, outrage and consternation follow. Whether it’s potentially homophobic tweets, its anchors making sexist slurs, engaging in conspiracy theories or its parent company’s misunderstanding of copyright law, the news network has never been one to shy away from the outspoken.

The network is once again facing scrutiny after panelists on the Special Report this Tuesday compared climate change science to “superstition,” analogous to an “Indian rain dance.”

When asked about the 97 percent of climate scientists who agree that climate change is real and manmade, George Will was dismissive: “Who counted them? Who measured? Where did that figure come from?” (To watch the extended segment, including George Will’s contribution, head over to Media Matters for America.)

For the record, the figure comes from this 2013 study, which found that of the 11,944 peer-reviewed scientific papers from 1991 to 2011 that discussed the issue, 97.1 percent of the papers that expressed a position on global warming agreed with the consensus view that climate change is the direct result of human activity.

Krauthammer then made his own (bizarre) hypothesis as to the motivation behind the beliefs of climate change scientists: “we’re ultimately talking about… human sin, through the production of carbon. It’s the oldest superstition around. It was in the Old Testament, it’s in the rain dance of the Native Americans. If you sin the skies will not cooperate—this is quite superstitious.”

So maybe it’s superstitious guilt motivating the 97 percent of papers pointing the finger at human activity as responsible for global warming—or maybe it’s the incontrovertible data from multiple independent researchers around the world showing a clear rise in global temperatures, as accepted by the overwhelming majority of those who understand the scientific method and are experts in the field.