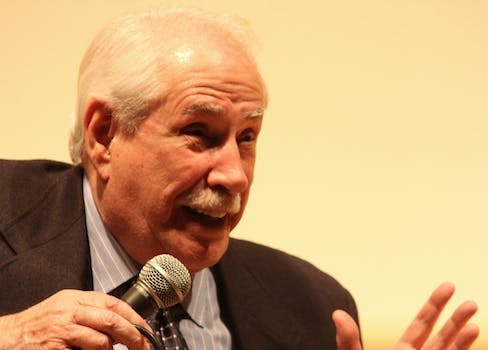 Mike Gravel has been fighting for a saner drug policy since the Nixon administration.

No, you’re not high: Mike Gravel, a former U.S. senator who represented Alaska from 1969 to 1981 and ran for president in 2008, is set to take the reins of KUSH, a new subsidiary of Cannabis Sativa, Inc. that will focus on the development of innovative pot products.

The 84-year-old political icon, who lobbied to end the draft and release the Pentagon Papers during the Vietnam War and has long agitated for radical reform in the so-called War on Drugs, said that his time as an “aggressive board member” at Cannabis Sativa led to this appointment. The company operates in Washington and Colorado, and now has plans to expand to Gravel’s one-time home state, which in November passed a ballot measure legalizing recreational marijuana. KUSH also aims to launch the “Kubby,” a weed lozenge named for Cannabis Sativa board chairman Steve Kubby, as its flagship invention.

“Senator Gravel stood up to Nixon, stood up to the Pentagon, and now he is standing up to those in power who would keep the healthful benefits of cannabis from those who need them,” Kubby stated in a press release. Gravel, who declared himself “anxious to assist in bringing this important resource to a broader market in a serious and credible way,” said that KUSH would tread with caution where the law was concerned—particularly in Alaska, where implementation is just beginning: “It’s new, and it’s fraught with controversy.”