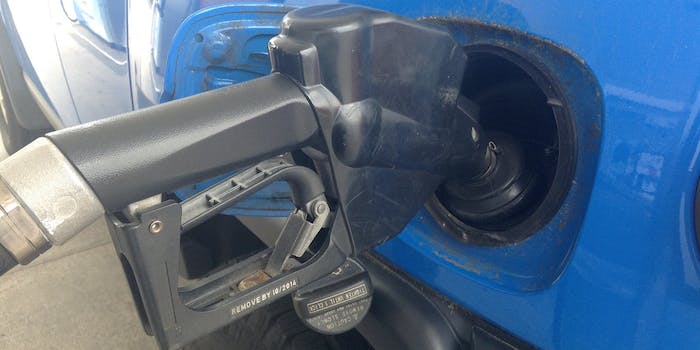 This app will deliver on-demand gas straight to your car

Top off your tank with the tap of an app.

If fueling up your gas tank feels like more like a day-ruiner than a mild inconvenience, hope that a new app called Filld becomes a huge success.

Filld is a personal fuel delivery service—yes, fuel delivery—that invites anyone within its service area to order a full gas tank in just a few taps of their touchscreen. 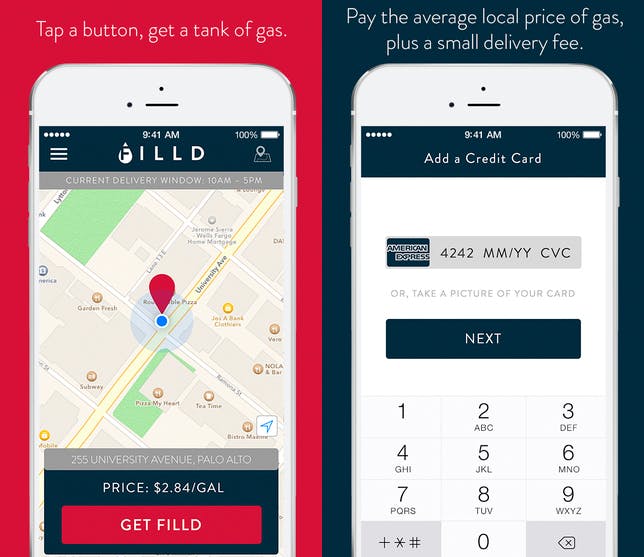 “We believe that the service is very scalable,” Filld CEO Scott Hempy tells The Daily Dot. “In order to reach new locations we simply need to hire drivers and provide delivery vehicles. This model is simple and highly scalable. In addition, we’ve begun exploring a parallel franchise model that would also accelerate expansion.

To place an order for gas, just specify your vehicle’s location, make sure the fuel door is unlocked, if applicable, and pay via the app. One of Filld’s gas trucks will find its way to your car and top off your tank, charging you the average price of gas for your area plus a $7 flat delivery fee.

On-demand gas might be a solution to a problem that barely even exists, but every car owner finds themselves at the pump on a regular basis—and that adds up. If Filld’s service could capture even a sliver of the money drivers are pumping out, the app could be a hit.

Like so many other startups, Filld is launching its service in Silicon Valley, but unlike a lot of other newly minted California companies, Filld’s target audience can be found in every corner of the country, which means expansion is a priority.

“We believe that the impact of reducing the ‘brick and mortar need of the refueling industry can change the way consumers think about refueling and positively impact all parties involved,” Hempy said. “While we are beginning the service in [Silicon Valley], we believe that expansion of a model that can radically change the gasoline industry is one that people nationwide will find interesting and be excited to use as we scale.”

Not having to stop at a gas station before heading home from work sounds pretty fantastic, but it will be up to drivers to decide whether it’s worth the $7 surcharge. As the business scales, Filld plans to reduce the additional cost and eventually eliminate it entirely.

And it’s not just the gasoline industry that Filld has its eyes on; alternative fuels like electricity and hydrogen are potential areas of interest for the company as well.

“While we currently only offer gasoline delivery, we intentionally call ourselves on-demand fuel delivery,” Hempy notes. “No matter which alternative fueling direction the automobile industry moves towards, an infrastructure will need to be built out.

“Whether it’s how to recharge your electric car in a public parking lot not yet equipped with a charging station, or hydrogen-powered vehicles like the new Toyota Mirai; we hope to be a part of that infrastructure.”

Photo by JeepersMedia/Flickr (CC BY SA 2.0)