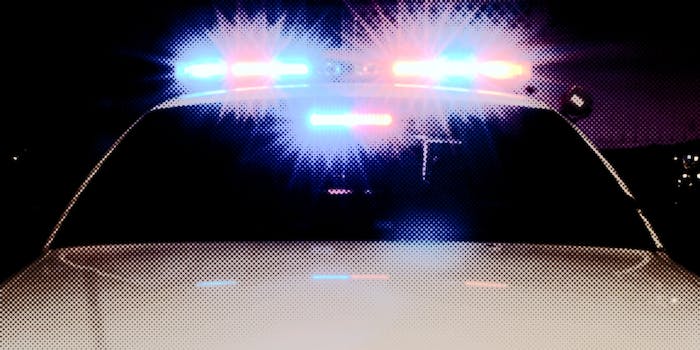 Ferguson, day 2: Where to stream live, who to follow

The best news out of Ferguson.

One day after the most violent night of rioting since Michael Brown was killed in Ferguson, Mo. three months ago, the city is on the brink of further protests that may clash with a larger police presence and 2,200 additional National Guard troops.

Social, American, and international media have descended upon Ferguson to capture every moment of the unrest.

We’ve put together a list of the best livestreams to watch and social media feeds to follow so that you can know what’s happening on the ground in Ferguson and make sense of it all—or, at least, you can try.

We’ll be closely following the events at @DotPolitics for as long as possible, just as we did Monday.

Citizen journalist Bassem Masri streamed to nearly 90,000 viewers at a time Monday night from the very heart of the protests.

The St. Louis Police scanner lets you in on the cop’s conversation.

Independent reporter Z is working with the Free Thought Project and broadcasting live from Ferguson.

Washington Post reporter Wesley Lowery was on the ground in August and continues to cover events, giving comprehensive coverage that deftly helps to put events in context.

Huffington Post reporter Ryan Reilly has been in the thick of it, including getting police perspectives.

“Last night was a disaster, and we’re prepared to team up again with the National Guard.” — Missouri Highway Patrol chief #Ferguson

Car lot looks like a junk yard near #Ferguson pic.twitter.com/enO0uiV3sp

Yamiche Alcindor, USA Today’s national breaking news reporter, has been offering her view of events throughout the protests.

The Los Angeles Times’s Matt Pearce has been one of the most prominent reporters on the scene in Ferguson since August,

Here's a bit of what people in Ferguson told me this morning. http://t.co/1NtKgMOlpO pic.twitter.com/P7ttGxZunr

Free Thought Project’s @CassandraRules has repeatedly put herself on the front lines of these riots.

Be careful that's what they got me with. BRUTAL.

This is so out of hand.

Deray McKesson is a protester in Ferguson broadcasting his story.

We know that being on the right side of justice doesn't guarantee victory. But we also know that silence is pre-emptive defeat. #Ferguson

The Guardian’s Paul Lewis is serving as witness to the events in Ferguson as well.