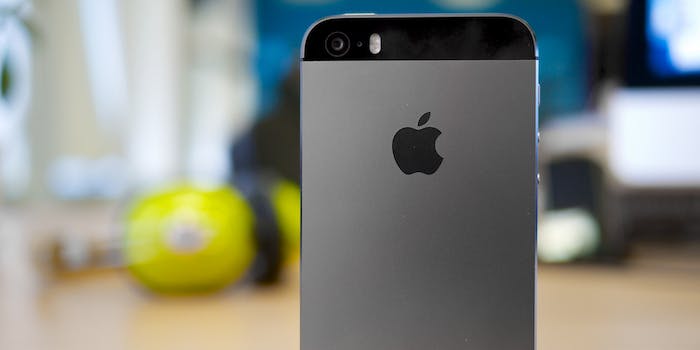 The bureau said it needs technical details before it can render assistance.

The FBI may help Arkansas police break into a locked iPhone and iPod belonging to two teenagers accused of double murder in Little Rock.

The possibility that the bureau will get involved in the case surfaced three days after it abandoned a court fight with Apple after discovering a way to unlock the iPhone of San Bernardino shooter Syed Farook without compelling the company’s assistance.

A spokesman for the FBI’s Little Rock field office said that agents were “not able to state if they would be able to provide assistance” because Arkansas police hadn’t provided them with details about the devices.

FBI: No, we haven't unlocked the Arkansas iPhone and "this request is not related to the San Bernardino matter" pic.twitter.com/B79rSLd5yy

In a briefing with reporters on Monday, after the government dropped its request in San Bernardino, a law-enforcement official said that, “as a general matter, the [Justice] Department and the FBI are committed to helping our state and local partners gain lawful access to evidence on mobile devices. And we intend to continue assisting them in appropriate cases.”

The FBI has not revealed the unlock method it discovered in the San Bernardino case, and it remains unclear whether it can use the same technique in Arkansas. Apple has asked authorities to disclose vulnerabilities in its code that they discover, and the U.S. government maintains a policy of reviewing vulnerabilities for possible disclosure.

Security experts have their own theories about the FBI’s technique. iPhone forensics expert Jonathan Zdziarski demonstrated an approach called NAND mirroring that would give the FBI unlimited password guesses by circumventing the device’s defense mechanisms.

Initial reports, citing Faulkner County Prosecuting Attorney Cody Hiland, said that FBI had agreed to help local police less than a day after receiving their request, but that does not appear to be the case.

While the legal dispute over access to Farook’s phone has ended, the FBI’s entry into the Arkansas case underscores the fact that the broader debate over law enforcement access to encrypted communications will continue.

Apple faces many other demands from local and federal prosecutors for help unlocking suspects’ iOS devices, including in New York, where the Justice Department wants the company to help it open a drug suspect’s iPhone. A federal judge ruled against the government in that case, but the Obama administration has appealed that ruling.

Correction: Arkansas police have asked the FBI for help, but the bureau has not yet offered its assistance.