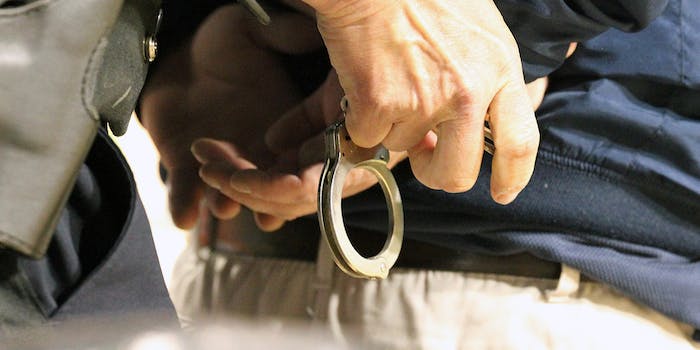 Not to give ISIS any tips, but maybe don't advertise your jihad on Facebook?

The FBI has arrested a man for trying to bomb a Kansas Army base after he posted militant Islamic messages to his Facebook page, according to the agency’s criminal complaint.

The FBI has no shortage of cases, particularly recently, in which it has identified someone with Islamic State sympathies via their Facebook statuses, contacted them with an undercover agent pretending to share their views, encouraged them to act on behalf of the group, then arrested them.

The Facebook profile of Hasan Edmonds, arrested by an undercover agent March 25 for alleged IS support, was a key part of the agency’s evidence. That was also the case in the criminal complaint against Noelle Velentzas and Asia Siddiqui, the Queens women arrested in early April and charged with attempting to aid IS.

Booker, the FBI says, posted the following two Facebook statuses, leading to a civilian tip to the agency: “I will soon be leaving you forever so goodbye! I’m going to wage jihad and hopes that i die” and “Getting ready to be killed in jihad is a HUGE adrenaline rush!! I am so nervous. NOT because I’m scared to die but I am eager to meet my lord.”

After making contact, the undercover agent eventually supplied Edmonds with a fake bomb, it says, and arrested him when it became apparent he really did intend to carry out an attack.

Edmonds faces life in prison for the charges.