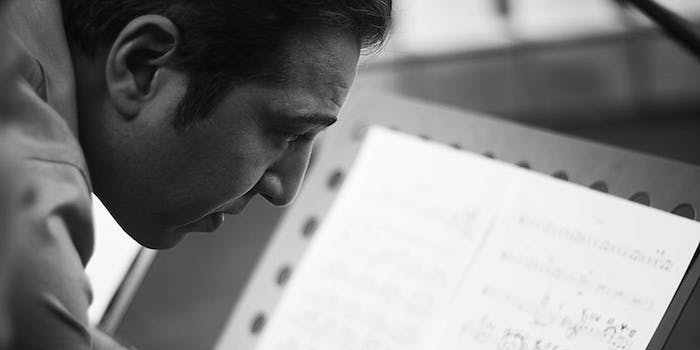 Turkish pianist sentenced to 10 months for tweets against Islam

Fazil Say, 43, is a famous composer and outspoken atheist.

Fazil Say, a renowned Turkish pianist and composer, has been sentenced to 10 months in prison for a series of tweets he posted in 2012, criticizing Islam.

“I am not sure if you have noticed, but where there is a louse, a non-entity, a lowlife, thief or fool, they are all pro-Allah,” he wrote at the time.

Other tweets attacked the prayer leader at local mosque for speeding through prayer so he could have a drink and mocked the Islamic vision of the afterlife. Some of the messages found to be “insulting to Islam” were drawn from the work of 11th-century poet Omar Khayyam, a fact Say pointed out in his defense.

Say, 43, is an open atheist in a country where the bulk of citizens identify as Muslim, and he has argued that by convicting him, the government is claiming the right to “ decide whether a person believes in God or not.”

Hundreds of supporters have turned up at each of Say’s court dates, and he has continued to travel and perform during his legal ordeal.

Say originally faced a suspended sentence after being convicted in April by a lower court, which was upheld Friday after a retrial. He now has the option of taking his case to Turkey’s Supreme Court of Appeals .