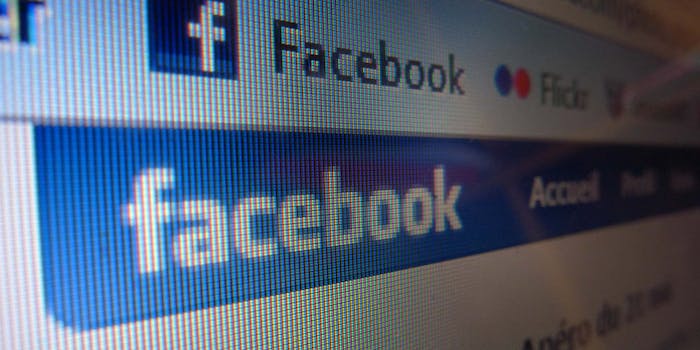 Is your dad embarrassing you on Facebook? This app can help

Facebook has a problem: Teenagers no longer think it’s cool. The reason for the site’s shift toward lameness is that, for many young people, the social network is packed with the very people they go online to avoid: their parents.

A new Facebook app called Family Matters offers a solution by making sure your friends and parents don’t awkwardly mix on your Facebook profile.

The creator of the app, who prefers to go by his Reddit username, solheard, said he got the idea from personal experience.

‟I stopped enjoying Facebook because my family got in the habit of commenting on every post I created,” soIheard said in an email to the Daily Dot. ‟I also noticed that my friends stopped commenting on something as soon as my family got involved. Don’t get me wrong, I love them and they’re great, but I really wished that there were two separate social networks for family and friends.”

When solheard made that observation to his girlfriend one night, she suggested he build a solution himself.

I tested the app with a post that had the potential to generate some cringe-worthy moments if parents and friends both joined the mix. Here’s the status update that was visible to my parents (the one comment on the post was left by my dad, because, of course):

And here’s the update that went out to my friends (note the absence of the dad comment): 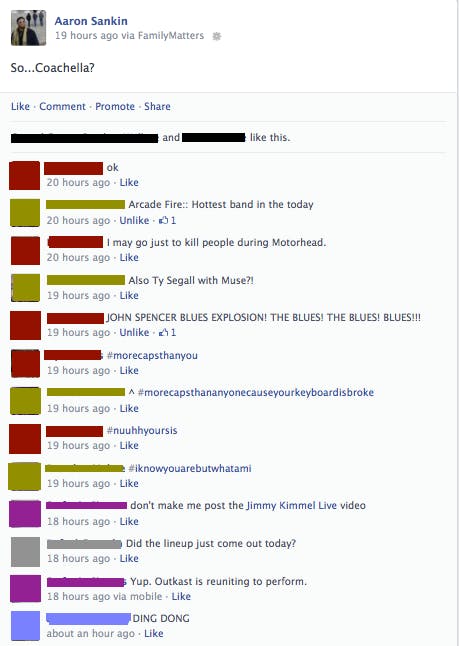 While apps like Family Matters are handy, solheard doubts it’ll do much to stem the tide of teens abandoning Facebook. But for the rest of us, implementing this type of filtering as a native feature might keep us around for awhile longer.