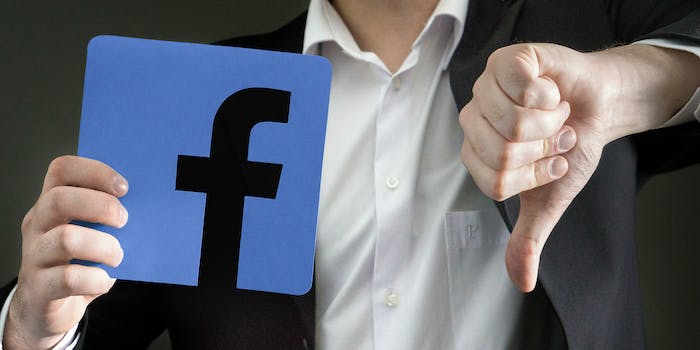 The man was released after several hours of questioning.

No translation service is perfect, but you wouldn’t expect it to get you arrested.

Facebook admitted that an error in its artificial intelligence-based auto-translation feature led to the arrest of a Palestinian man who posted “good morning” on his social profile.

The man, a construction worker in the West Bank near Jerusalem, posted a picture of himself leaning against a bulldozer with the caption “??????”, or “yusbihuhum,” which means “good morning” in Arabic.

In predictive policing news: Israel arrested a Palestinian for posting a pic on Facebook next to a bulldozer saying “good morning” just because Facebook incorrectly translated the Arabic phrase to mean “hurt them”. Full article on Haaretz – https://t.co/kk1A51BcUy pic.twitter.com/BUOVONWIrc

Facebook’s translator replaced his pleasant greeting with “hurt them” in English or what translates to “attack them” in Hebrew.

No Arabic-speaking authorities got a look at his post in time and police arrested the man later that day on suspicion that he was planning an attack using the bulldozer, a vehicle that had previously been used in hit-and-run terrorist attacks. He was released after several hours of questioning.

Arabic speakers tell Haaretz that the transliteration produced by Facebook isn’t a real Arabic word, but looks a lot like “to hurt.” A native Arabic speaker would reportedly have spotted the error.

Facebook apologized and said it would investigate the problem in a statement to Gizmodo.

“Unfortunately, our translation systems made an error last week that misinterpreted what this individual posted. Even though our translations are getting better each day, mistakes like these might happen from time to time and we’ve taken steps to address this particular issue. We apologize to him and his family for the mistake and the disruption this caused.”