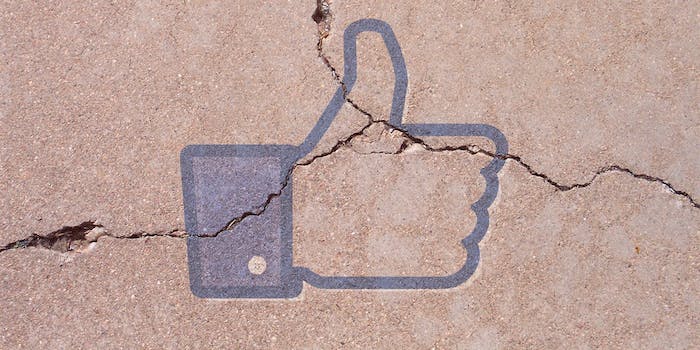 A long Facebook screed that dares the U.S. to attack Syria may have been posted by President Bashar Al-Assad’s 11-year-old son.

If the author isn’t the real Hafez Assad, it’s an incredibly elaborate hoax. Before the post became unavailable—either deleted or made private—it was liked by a host of related figures, people the New York Times confirmed have the same name as children and grandchildren of other high-ranking Syrian officials. A reporter in Damascus familiar with the family confirmed that at least some of those likes came from authentic accounts.

It was posted Wednesday via mobile, and got at least 38 shares and 59 likes.

Beginning with an apparent reference to the White House’s claims that a U.S. strike on Syrian facilities could be imminent, it reads in its entirety [sics all around]:

12 hours we waited… 48 hours they said, we’re waiting… they may have the best army in the world, maybe the best airplanes, ships, tanks than ours, but soldiers? No one has soldiers like the ones we do in Syria, if you ask me what rank I would rank American “soldiers” I wouldn’t rank them the worst because the worst are soldiers, but America doesn’t have soldiers what it has is some cowards with new technology who claim themselves liberators, they said they supported the “revolution” but actually they made it, right now we’re all syrian it doesn’t matter if your with or against because that’s democracy, the ability to express yourself in your own way so when people say that they are against the “regime” it’s fine but there’s a difference between those people and the people who claim our flag green, it’s like an offense to the country, but the worst is people who accuse the army of killing them, they accuse these men who are willing to risk they’re lives and die to keep us safe, of killing us, well when these people say that “the army is gonna end because America will attack” i can say that when America attacks it’s gonna attack every syrian, with, against, terrorists, the army.

i can expect that some people may comment that america is more powerful than us, my response is that first you don’t know what we have, second maybe they are stronger, maybe they will destroy the army, but they will never destroy these remnants and little bits of resistance, it’s who we are, we were born to fight and resist, we will fight them everywhere until they get out if they came in the first place, no matter how much hard they try to get us out of our holy land they will never succeed, it’s where we come from it’s where our roots and predecessors come from.

I just want them to attack sooo much, because I want them to make this huge mistake of beginning something that they don’t know the end of it, just like Hezbollah defeated Israel and the NATO and by what? What did Hezbollah have back then? Some street fighters and some small rockets and a pile of guns, but they had belief, in theirselves and in their country and that’s exactly what’s gonna happen to America if it chooses invasion because they don’t know our land like we do, no one does, victory is ours in the end no matter how much time it takes