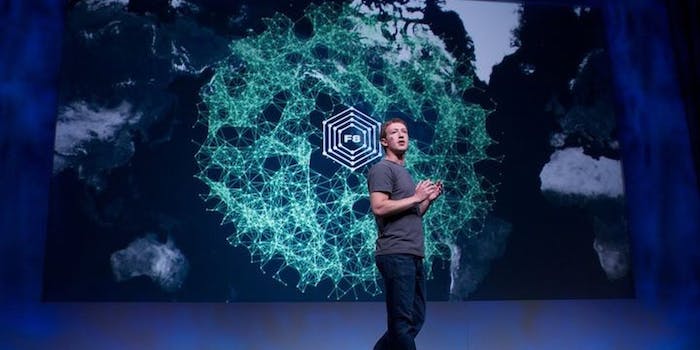 Sorry, this is the equivalent of a chain letter.

Remember back when email was still in its infancy and those horrid chain letters were the only thing that ever graced your inbox? “Forward this to 20 friends or your most beloved pet rock will be smashed at midnight!” and other such outlandish claims always seemed to trick the more gullible Web-goers into forwarding their silliness to everyone on their contact lists, and we all deleted more than our fair share of them.

Now they’re back, and they got a nice new Facebook makeover.

If you’ve visited the site any time in the past 48 hours or so you’ve probably seen the following paragraph posted from one or more of you friends:

As of January 5th, 2015 at 10:50am Eastern standard time. I do not give Facebook or any entities associated with Facebook permission to use my pictures, information, or posts, both past and future. By this statement I give notice to Facebook it is strictly forbidden to disclose, copy, distribute or take any other action against me based on this profile is private and confidential information. The violation of privacy can be punished by law (UCC 1-308-11 308-103 and Rome statute). NOTE: Facebook is now a public entity. All members must post a note like this. If you prefer, you can copy and paste this version. If you do not publish this statement at least once it will be tactically allowing the use of your photos, as well as information contained in the profile status updates. DO NOT SHARE you MUST copy and paste to make this I will leave a comment so it will be easier to copy and paste!!!

If you’re one of the many Facebook users posting something like this under the assumption that you’re somehow protecting yourself from an impending privacy risk, you’ve just fallen for the same type of trick that led to so many deleted emails back when the Internet was still wet behind the ears. In short, this copy-and-paste “notice” is a fake solution to a fake problem, and there’s no benefit to posting it whatsoever.

First and foremost, Facebook is not seeking ownership of your content to begin with. The company has addressed this issue several times in the past, and you can check their policy at any time, though it never changes. The company sums it up nicely: “Anyone who uses Facebook owns and controls the content and information they post, as stated in our terms. They control how that content and information is shared. That is our policy, and it always has been.”

That on its own is more than enough to show that this absurd little chain letter trend is nothing but pure nonsense, but since I always see people who post it tag it with the saying “better safe than sorry,” allow me to take it a step further: Legally speaking, posting a statement such as this does completely, entirely, absolutely nothing to protect or otherwise alter your privacy rights.

This post is likely making the rounds because Facebook new terms, introduced back in November with tons of notice, are being rolled out. You actually even had a grace period to tell Facebook if you disagreed (though, of course, getting a majority to take issue and act on it seems near impossible).

Regardless, when you sign up for Facebook you agree to the company’s terms of use and go about setting up your account. Once you agree to those terms, that’s it, you’re done. There’s no “takesies-backsies” when it comes to legal agreements that you’ve already accepted. If Facebook actually wanted to steal the rights to your content it would do so by making you agree to it upfront, and it would probably work because they know you don’t actually read those agreements.

Yes, companies sometimes tweak their terms down the road, but they are required to offer notice ahead of time, and Facebook most certainly isn’t going to start playing with user content rights any time soon.

Oh, and if Facebook ever did decide that it wanted to claim your content as its own—which, again, it wouldn’t in a million years—you would basically have two choices: Deal with it or delete your Facebook account. You are already Facebook’s product, giving over everything it could ever want from you. No obnoxious, poorly written legal “notice” is going to change that.