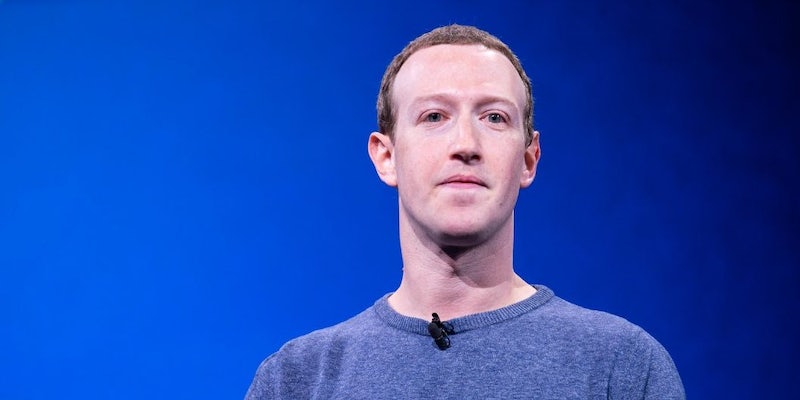 It is more expensive to reach across the aisle.

Facebook’s ad tool algorithm could be deepening political divides, according to a research team of computer scientists at Northeastern University and the University of Southern California and the managing director of the technology nonprofit Upturn.

As the Washington Post first reported this morning, their study found that Facebook is more likely to show an ad to people its predictive technology identifies as politically aligned, regardless of the audience the candidate chooses to target. They also found that it was more expensive for advertisers to reach people on the other side of the political spectrum.

While this may be useful for campaigns targeting their base and it likely benefits engagement, it could contribute to the deepening political divide and negatively impact citizens’ ability to be well-informed. This is particularly concerning considering that more than a quarter of political spending is predicted to occur online in next year’s election, and much of it on the world’s largest social media company. The researchers noted that a decade ago, only 0.2% was spent online.

Study co-author Aleksandra Korolova, an assistant professor of computer science at USC, said the technology “has the potential to be quite destructive” in terms of politics.

“Findings showing that ads about a presidential candidate are being delivered to people in their political party should not come as a surprise,” company spokesman Joe Osborne told the Washington Post. “Ads should be relevant to the people who see them. It’s always the case that campaigns can reach the audiences they want with the right targeting, objective, and spend.”

Regardless of Facebook’s ambivalence, the researchers found plenty to be alarmed about.

They purchased ads for President Donald Trump and Sen. Bernie Sanders (I-Vt.), and a politically neutral ad encouraging voting. Although each ad intentionally targeted the same audience and had the same goals, the Trump ad was disproportionately shown to Trump supporters; likewise with the Sanders ad.

“The only difference between them is the content and destination link of the ad,” they report. The voting ad was shown to relatively even numbers of liberals and conservatives.

This means that regardless of a political advertiser’s intentions, Facebook is more likely to show their ads to people who already agree with them. To reach people who don’t, well, that’ll cost them.

“We find that Facebook’s ad delivery algorithms effectively differentiate the price of reaching a user based on their inferred political alignment with the advertised content, inhibiting political campaigns’ ability to reach voters with diverse political views,” the study summary states. “This effect is most acute when advertisers use small budgets, as Facebook’s delivery algorithm tends to preferentially deliver to the users who are, according to Facebook’s estimation, most relevant.”

Further complicating the issue is Facebook’s secrecy about both its political segmentation of users and analytics about ads on the platform. Advertisers are provided with relatively little information about who their ad actually reaches and how it’s received. The researchers themselves had to painstakingly create the metrics to track the performance of their ads by partisan leaning.

The results of the study suggest that Facebook is continuing to contribute to political polarization by cordoning users into political silos, or “information filter bubbles,” and showing them things they’re more likely to agree with, which may suit its ends of increasing engagement and driving profits, but can have a corrosive effect on society.

“Our findings add urgency to calls for more meaningful public transparency into the political advertising ecosystem,” the study concludes.