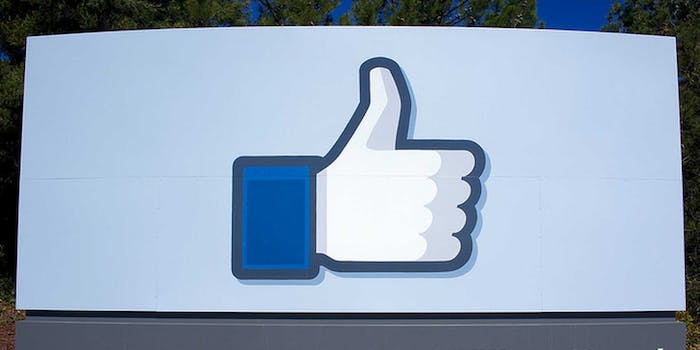 Don’t worry, there are plenty of new ways for advertisers to annoy you!

Facebook is “sunsetting” its much-maligned “Sponsored Stories” ads, which is the social network’s nice way of saying they’re taking sponsored stories out back and shooting them right in their unwitting-endorsement-facilitating head.

Facebook published a post detailing upcoming changes to its API, and included in this post is a death notice for sponsored stories. The ad type will be just a terrible memory starting April 9, when existing stories will no longer be delivered.

Sponsored stories have been a source of trouble for Facebook since the summer of 2011, when a group of California Facebook users filed a class action suit declaring that these advertisements were illegal. Facebook eventually had to pay $10 million, yet persisted with the obnoxious ads, which took a user’s profile picture and information and used it to promote a product they had recently “liked.”

But don’t get too excited. Or excited at all. Facebook may be killing sponsored stories as we know them, but the practice of using user information to promote products is alive and well.

The list of API changes that lays sponsored stories in an unmarked grave also featured ways advertisers can more precisely and accurately target users, and offered developers some technical adjustments.

Facebook isn’t limited its practice of using what we do on the website to advertise to other users —no, that probably won’t stop until the website’s popularity recedes as its original user base dies out and all the young people are busy sending each other disappearing 3D sex GIFs. So the death of sponsored stories is less a victory for people who don’t like being unknowingly incorporated into ads and more of a sign that Facebook is getting better at using user information to sell stuff and is focusing on (ever-so-slightly) less obviously infuriating tactics.