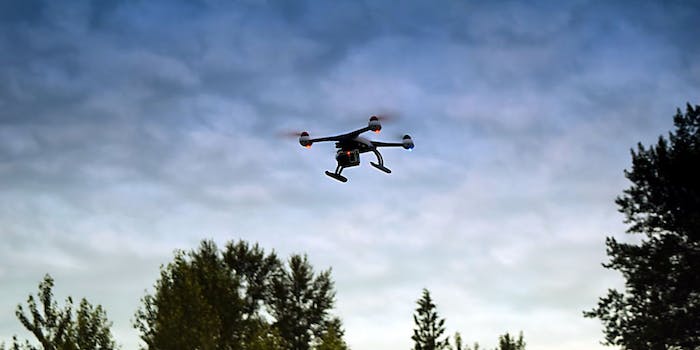 The U.S. government on Thursday announced a major new stimulus program for the entertainment industry: The  Federal Aviation Administration will give filmmakers permission to make movies using drones.

Hollywood has been filming with drones overseas for years, from Skyfall‘s motorbike chase sequence in Turkey to many of the scenes in The November Man. Until now, however, such setups were illegal in the United States.

The decision by the FAA to offer limited permits for drone filming brings American skies one step closer to foreign skies when it comes to aerial moviemaking opportunities.

According to the Associated Press, the permits’ limitations will include altitude and range restrictions and a line-of-sight rule requiring the license operator to be within visual range of the drone at all times. Other conditions include inspection requirements and a ban on night filming. Reality TV series and other “unscripted” programs cannot apply for the permits.

Transportation Secretary Anthony Foxx called the FAA’s decision “a significant milestone in broadening commercial [drone] use while ensuring we maintain our world-class safety record in all forms of flight.”

The FAA’s permit announcement follows a 2012 directive from Congress to begin drafting regulations to integrate consumer and commercial drones into civilian airspace. Congress set a deadline of October 2015 for the FAA to issue those rules. The AP story notes that the agency has missed “several milestones” in its regulatory roadmap and will likely require additional time to comply with Congress’ mandate.

Drones are also creating problems for NextGen, the FAA’s plan to modernize the American air traffic control system. On Wednesday, FAA Assistant Administrator for NextGen Ed Bolton told the AP, “We didn’t understand the magnitude to which [drones] would be an oncoming tidal wave, something that must be dealt with, and quickly.”

The FAA has tried hard to police the commercial use of drones, which the agency calls unmanned aircraft systems (UAS). Because drones are reasonably inexpensive and widely available, however, their spread is quickly surpassing the government’s ability to control them. An FAA webpage titled “Busting Myths about the FAA and Unmanned Aircraft” notes, “Many times, the FAA learns about suspected commercial UAS operations via a complaint from the public or other businesses.”

Hollywood isn’t alone in pressing for commercial drone permits. According to the AP, there are still “40 requests for exemptions from other commercial entities” on the FAA’s desk. On its UAS FAQ, the FAA estimates that “as many as 7,500 small commercial UAS may be in use by 2018, assuming the necessary regulations are in place.”