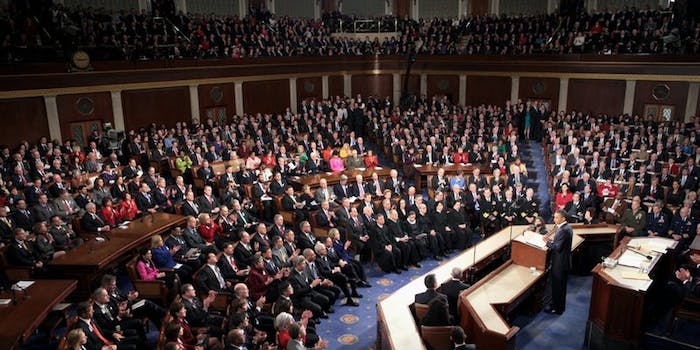 Despite how much virtual ink has been spilled on the subject, there’s probably only one word that really describes the U.S. Congress’s government shutdown.

Reflecting Americans’ devastatingly low approval rating of Capitol Hill, the site is resplendent with common American sentiments like “F**king please just stop f**king s**t up for two f**king seconds and get your goddamn act together.” Eagle-eyed visitors will even spy messages hidden in some pages’ URLs, like “F**king f**k you you f**king f**kers.”

The website is not, as easy as it is to assume otherwise, something conjured merely out of thin air, citizen frustration, veteran arrests, and kids who can’t get cancer treatment. It’s the product of a handful of activist groups.

And if you’re insufficiently outraged, the site gives you minor anecdotes of Congress being total f**kwads. There’s even an option to enter your zip code, giving you an option to tweet your elected representatives, well, something mean and uncouth, in the hopes they’ll get their act together soon.

So go ahead, America, deliver an F-bomb to Congress. It’s not like it could make them think less of you.