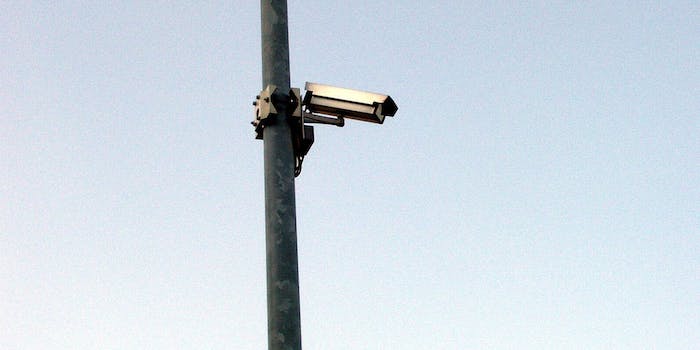 The Paris terrorist attacks could prompt the European Union to institute broad new surveillance programs, but not if the lead author of America’s signature spy bill has anything to say about it.

Rep. Jim Sensenbrenner (R-Wisc.) knows a thing or two about warrantless surveillance, overhyped fears of terrorism, and the combination of the two. After Al Qaeda attacked the United States on Sept. 11, 2001, Sensenbrenner led the effort to craft the USA Patriot Act, a bill that gave the Bush administration unprecedented new surveillance authority and prompted largely unheeded civil-liberties outcries.

Sensenbrenner warned the governments of Europe not to make the mistake that he and his colleagues did in weeks after the 2001 attacks. “The cautionary tale is that democracy depends upon a respect for civil liberties,” he told Politico.

France enacted sweeping new spy powers after the January Charlie Hebdo terrorist attacks, and now, after another terrorist strike in the heart of Europe, governments across the continent—in addition to the E.U. parliament in Brussels—are mulling similar legislation.

Instead of letting governments surveil their entire populations, assembling a haystack so they can try to locate the needles, Sensenbrenner urged them to “target the people which you know are up to bad stuff rather than bringing in the 99.8 percent of the inhabitants there, including the vast majority of followers of Islam, who have no intention whatsoever of conducting a terrorist attack.”

Since helping to dramatically transform the U.S. counterterrorism landscape in late 2001, Sensenbrenner has become an advocate for surveillance reform. He backed the USA Freedom Act, which passed Congress in June. That bill led to the shuttering, on Sunday, of the National Security Agency’s bulk phone-records collection program, which it operated—illegally, according to a federal appeals court—under Section 215 of the Patriot Act.

The Paris attacks have sparked a fresh crusade by current and former U.S. officials against encryption, which they blame for hindering law-enforcement and counterterrorism operations by allowing users to hide their communications and online activities from intelligence agents and law enforcement. CIA Director John Brennan said that he “hope[d] that this is going to be a wake-up call” in the debate over balancing security and privacy concerns.

“This is an attack on our values and basic principles.”

There is no evidence that the attackers used encryption to hide their plans from French authorities. Additionally, the French government already possessed Patriot Act-like powers and still failed to prevent the attacks, a fact that civil-liberties advocates have highlighted to suggest that surveillance authority isn’t the issue.

At a speech in Washington three days after the attacks, Vera Jourová, the E.U. Commissioner for Justice, Consumers, and Gender Equality, said that the best response to terrorism was to double down on core values like liberty, not sacrifice them.

“This is an attack on our values and basic principles,” Jourová said. “And what we value is our freedom. And what is part of our freedom is the protection of privacy.”