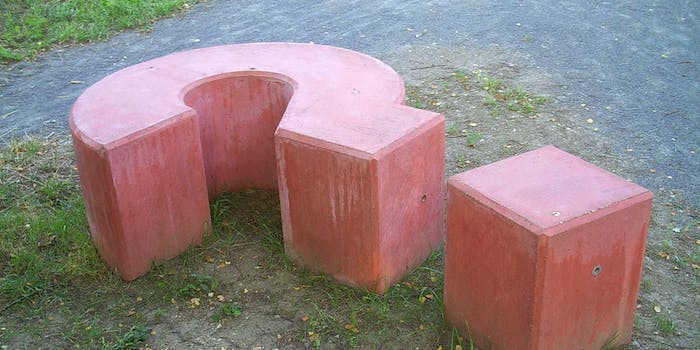 What is this mysterious, anti-Facebook, social network?

Is this the anti-Facebook?

Paul Budnitz is not afraid to make sweeping, pointed statements. Case in point: “People who say it’s impossible to create something new imagine a stagnant future. There’s a kind of totalitarianism in that attitude. A lot of the data mining and manipulative behavior engaged in by big social networks has that flavor, a real arrogance and cynicism,” he says about the current state of the social Web.

Budnitz is the creator of Ello, the social network he launched as an antidote to Facebook, Twitter, and other digital platforms that offer great communication channels but require users to accept advertising and data-mining in return.

“You are not a product,” Ello’s manifesto states. It asks readers whether they agree or disagree. Who wants to agree? By telling people they’re not something they don’t want to be, the Ello team has kicked up interest in their experimental social hub.

For Budnitz and his partners, the design team Todd Berger and Lucian Föhr, the idea for Ello arose from feeling frustrated at the way the current crop of social networks rely on advertising and mining personal information from its users for profits.

“We called up friends at the boutique programming collective Mode Set, and they jumped in right away. Total enthusiasm—which was kind of amazing, given that nobody was getting paid,” Budnitz explained. “It’s become something of a supergroup, a collection of some of the most talented artists and programmers working together, for free, on this amazing project.”

“Because Ello doesn’t have ads, it can also have integrity. Every bit of screen real estate and programming power goes to making an awesome network. There’s no army of ad salesmen telling us what to do,” Budnitz said.

Ello was originally created as just a small private network for friends, but once word of mouth spread about the site’s quality, the intimate team decided to figure out a way to make it more accessible. Right now, Ello is invite-only, and the site is currently down while the small, pro bono team prepares an updated version. But Budnitz said they’re focused on building a robust back end in anticipation of a larger userbase.

The Ello mission is a noble one, and it may serve as a beautiful, small-scale discussion hub, but it must be pointed out that none of the people working on it are being paid, nor do they plan to monetize the project in any way. Instead, Budnitz says they’ll rely on donations. That’s not a completely untenable plan (after all, look at Wikipedia) but it puts a very high expectation on the user. Wikipedia has survived as a non-profit because the interest in the project is so very high. While Ello’s manifesto and foundational ideology is very admirable, it seems like too tall an order to expect users to fund it, unless they invest a lot of (volunteered) resources into convincing enough people that the data collection and advertising that goes on at larger social networks is odious enough to reject wholesale.

I still don’t know what the interface looks like or what exactly you do on Ello (and they won’t offer any details), so while the manifesto and its founders are intriguingly ideologically pure, it remains to be seen whether their product is, you know, usable. Here’s hoping it is, because even if it has to stay on a small scale, introducing a social network that firmly rejects the idea that users are data goldmines into the market could at least spur users to consider alternative networks.