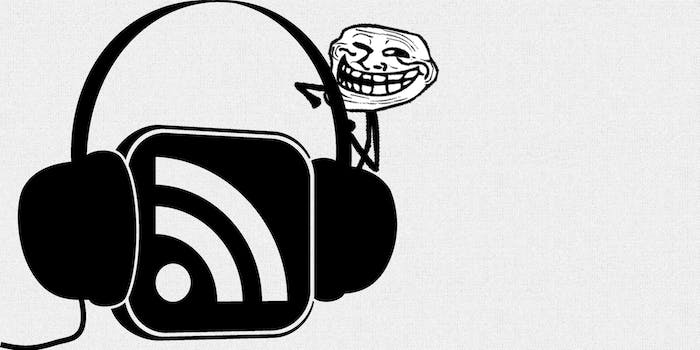 The fight against Personal Audio, the company claims it owns the rights to the very concept of podcasting and thus deserves royalties from everyone who has one, has finally begun in earnest.

“As we show in our petition, Personal Audio is not the true inventor of this technology and should not be demanding a payout from today’s podcasters,” the EFF’s Daniel Nazer said on the organization’s website. “If you look into the history of podcasting, you won’t see anything about Personal Audio.”

Personal Audio became particularly notorious after targeting a handful of beloved podcasts, like How Stuff Works and WTF with Marc Maron. In an interview with the Daily Dot, Maron called the practice “extortion.”

In May, the EFF began a campaign called “Save Podcasting.” The subsequent fundraising campaign raised $76,160, much of that directly from podcasters like Maron their fans. But the campaign also a dragnet for information about the early Internet: the EFF needed examples of anyone engaging in de facto podcasting before October 1996. That’s when Personal Audio filed its patent, which could be rendered invalid if it’s proven that someone else invented the concept first.

The campaign worked. As the EFF notes in its legal brief, a man named Carl Malamud ran a “Geek of the Week” online broadcast starting in 1993, with 100,000 weekly listeners in his first year. And that’s not all. The Canadian Broadcasting Corporation also started offering broadcasts available for download in 1993, and CNN adopted a similar practice in 1995.

The ball’s now in Personal Audio’s court. According to EFF lawyers, the company has the option to file a response to the claim before the Patent Trial and Appeal Board decides whether to review the patent—and possibility strike it down.