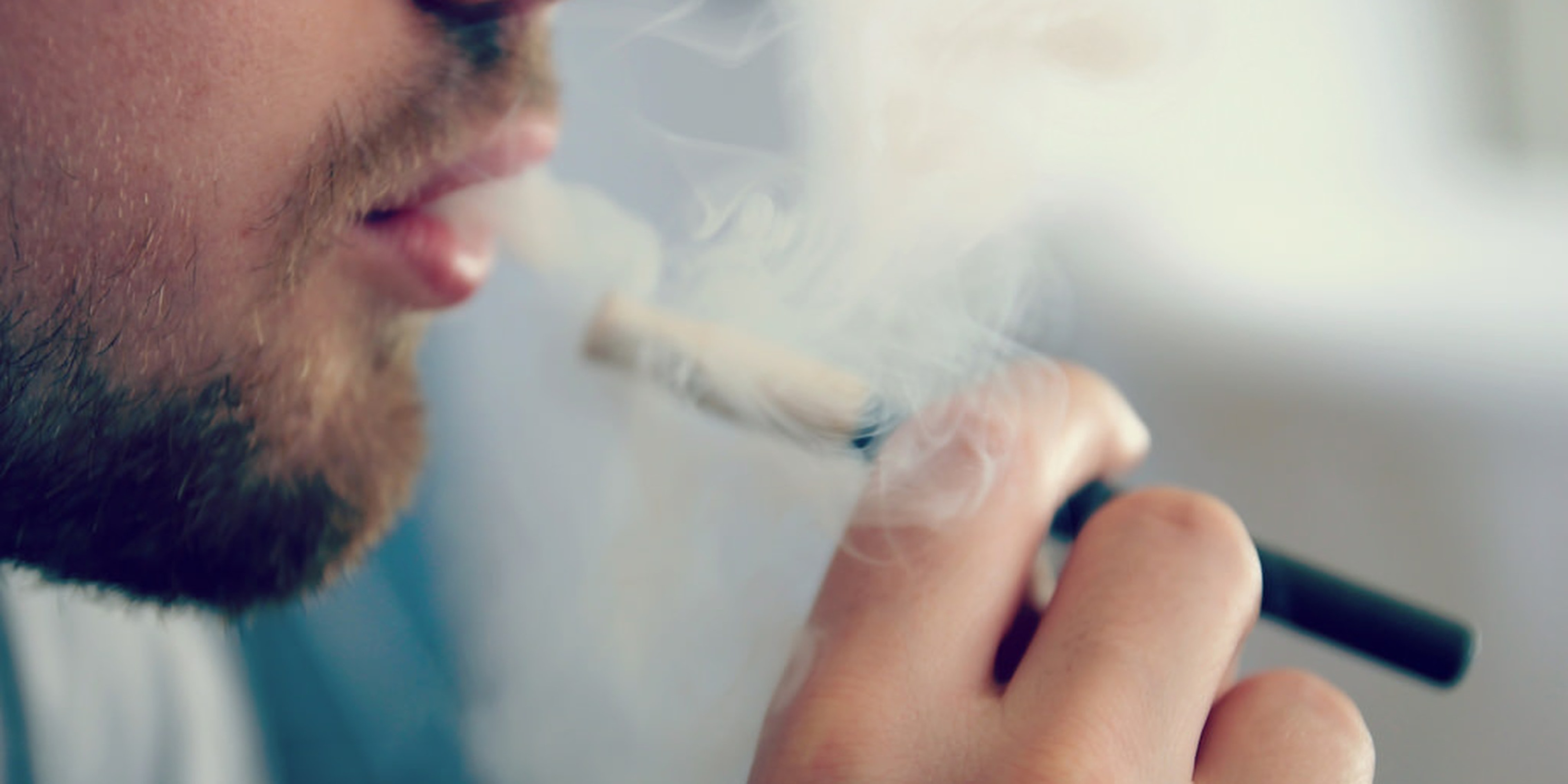 Your e-cigarette may produce more cancer carcinogens than tobacco cigarettes

The compound causes cancer, and it was found in e-cigarettes

Electronic cigarettes can contain high levels of the cancer-causing compound formaldehyde, the same material found in cigarettes, embalming fluid, and disinfectant, according to researchers.

In a letter published in the New England Journal of Medicine, scientists said that long-term vaping could give users a lifetime cancer risk five to 15 times higher than the risk associated with long-term smoking.

In addition, formaldehyde-releasing agents may deposit more efficiently in the respiratory tract than gaseous formaldehyde, and so they could carry a higher slope factor for cancer.

E-cigarettes are marketed as a way for people to consume the nicotine found in cigarettes in a “healthier” way, without the added ingredients in tobacco cigarettes. The devices heat a liquid that contains nicotine and other additives, which is then inhaled as a vapor.

“Vaping” has become a popular alternative to smoking, and the vapor produced by e-cigarettes is odorless, which lets users consume the vapor in places where they wouldn’t be able to smoke. Vaping was also the word of the year in 2014, a testament to the growing popularity of the smoking-replacement technology, the users of which have become part of a hip sub-culture.

Scientists tested their e-cigarette on its highest voltage setting, a level that many people wouldn’t use but that is still supported by the device.

“They clearly did not talk to [people who use e-cigarettes] to understand this,” Gregory Conley the association’s president, told NPR News. “They think, ‘Oh well. If we hit the button for so many seconds and that produces formaldehyde, then we have a new public health crisis to report.'”

But much is still unknown about the long-term effects of e-cigarette use and their vaporous byproduct. Earlier this year, the FDA moved to regulate e-cigarettes and the World Health Organization proposed a ban on vaping indoors to mirror one on indoor tobacco use.

The Portland study shows that vaping carries risks similar to tobacco smoking—at least, if you’re giving your e-cigarette a lot of juice.