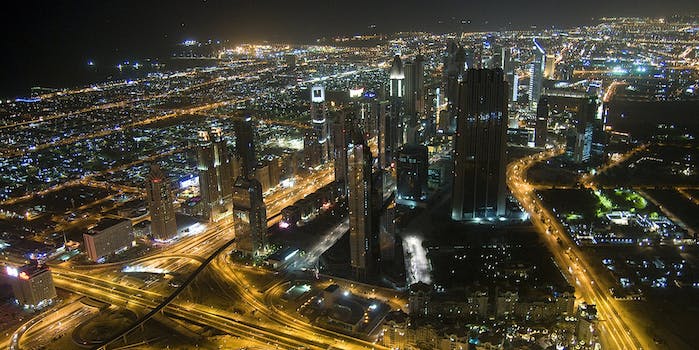 Police in Dubai are using Google Glass to fight crime

Meanwhile, the U.S. is still holding out for RoboCop.

In the United States, Google Glass is the mark of a disposable income and technophilic douchebaggery. In the capitalist dreamscape that is Dubai, it’s standard-issue police gear.

Reuters, citing a law enforcement spokesman for the wealthy Arab Emirate, reports that the goofy wearables would help “fight crime using facial recognition technology” developed by local police. With constant access to “a database of wanted people,” Glass would “alert the officer wearing the gadget” when it “recognized” a suspect. Nothing Orwellian about that!

The technology is already being used to crack down on traffic offenses, as seen below, but long-range plans call for Dubai’s detectives to add the expensive device to their toolkits.

Considering that these cops already enjoy access to a fleet of souped-up hot rods—including a $1.6 million Bugatti Veyron affectionately known as the “world’s fastest police car”—you almost have to feel bad for American police, what with their pathetic riot gear and tanks.