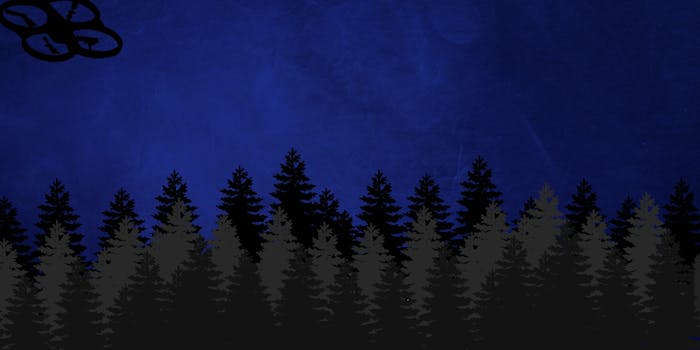 Ex-NASA engineer wants to use drones for mass reforestation

Drones can end lives, but they can also create new life.

While we debate the ethical and legal questions surrounding drones, a former NASA engineer is gearing up to use drones for an indisputably good cause: planting a billion trees in just a year without ever setting foot on the ground.

Lauren Fletcher and his company BioCarbon Engineering are trying to counterbalance industrial-scale deforestation caused by lumber, mining, agriculture, and urban expansion with some drone-powered industrial-scale reforestation. Fletcher hopes that tree-planting drones can keep up with a destructive process that wipes over 26 billion trees from the Earth every year.

Fletcher will use drones to scout land, map the landscape, and scan for potential restoration zones. Once an area is deemed ripe for redevelopment, the drones lower their flight to just a couple meters off the ground. As they glide over the land, they fire out germinated seeds lathered in nutritious hydrogel to help increase the uptake rates.

The plan isn’t perfect, but it addresses issues with the two primary methods currently in use: the slow and expensive hand-planting method and the relatively ineffective mass spreading of dry seeds. BioCarbon Engineering seeks a middle ground between the two approaches, serving up seeds faster and cheaper than hand-planting but with a better success rate than dry seeds.

Fletcher estimates that, with two people operating multiple drones, it should be possible to plant nearly 36,000 seeds per day at 15 percent of the cost of current methods. BioCarbon Engineering hopes to have a fully operational system up and running by the summer.