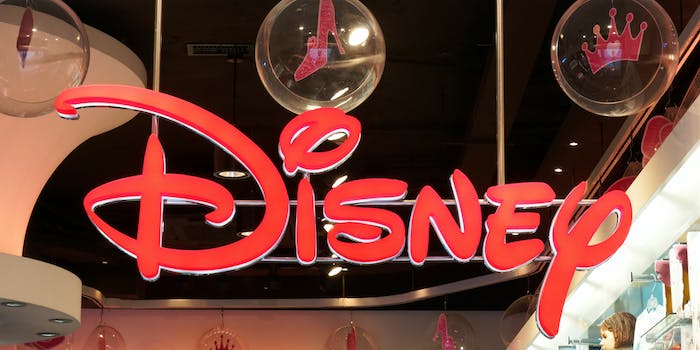 The suit alleges Disney put trackers in its games to collect data for advertising.

Disney is being sued for allegedly using dozens of its mobile apps to spy on children.

A federal class action lawsuit filed in California claims the Walt Disney Company and three software partners—Upsight, Unity, and Kochava—gathered personal information from children and shared it with advertisers without gaining consent from parents.

The heart of the plaintiff’s argument is that Disney and its partners violated the Children’s Online Privacy Protection Act (COPPA)—a law design to protect children on the internet—by collecting and exporting personal information from 42 mobile gaming apps. The lawsuit seeks an injunction to prevent Disney from “commercial exploitation,” and asks for damages and legal fees. It also requests Disney sequester any illegally obtained data.

COPPA was enacted by Congress in 1999 and requires companies that developed apps for children under 13 years old to gain permission from parents before collecting data. Disney’s now-defunct subsidiary Playdom was hit with a COPPA lawsuit in 2011 for collecting children’s email addresses, ages, full names, messenger handles, and other details. Playdom was forced to pay $3 million.

Disney appears confident this time around.

“Disney has a robust COPPA compliance program, and we maintain strict data collection and use policies for Disney apps created for children and families,” the company said in a statement Monday. “The complaint is based on a fundamental misunderstanding of COPPA principles, and we look forward to defending this action in Court.”

The plaintiff, Amanda Rushing, says she didn’t know data about her child was being collected while playing “Disney Princess Palace Pets” and “Where’s My Water? 2.” As the Washington Post points out, Disney’s mobile apps are immensely popular. “Where’s my Water? 2” has been downloaded between 100 million and 500 million times, and “Moana Island Life” between 1 million and 5 million times. The class action lawsuit will represent users from 35 states.

You can read the entire lawsuit and a full list of games at the Verge.