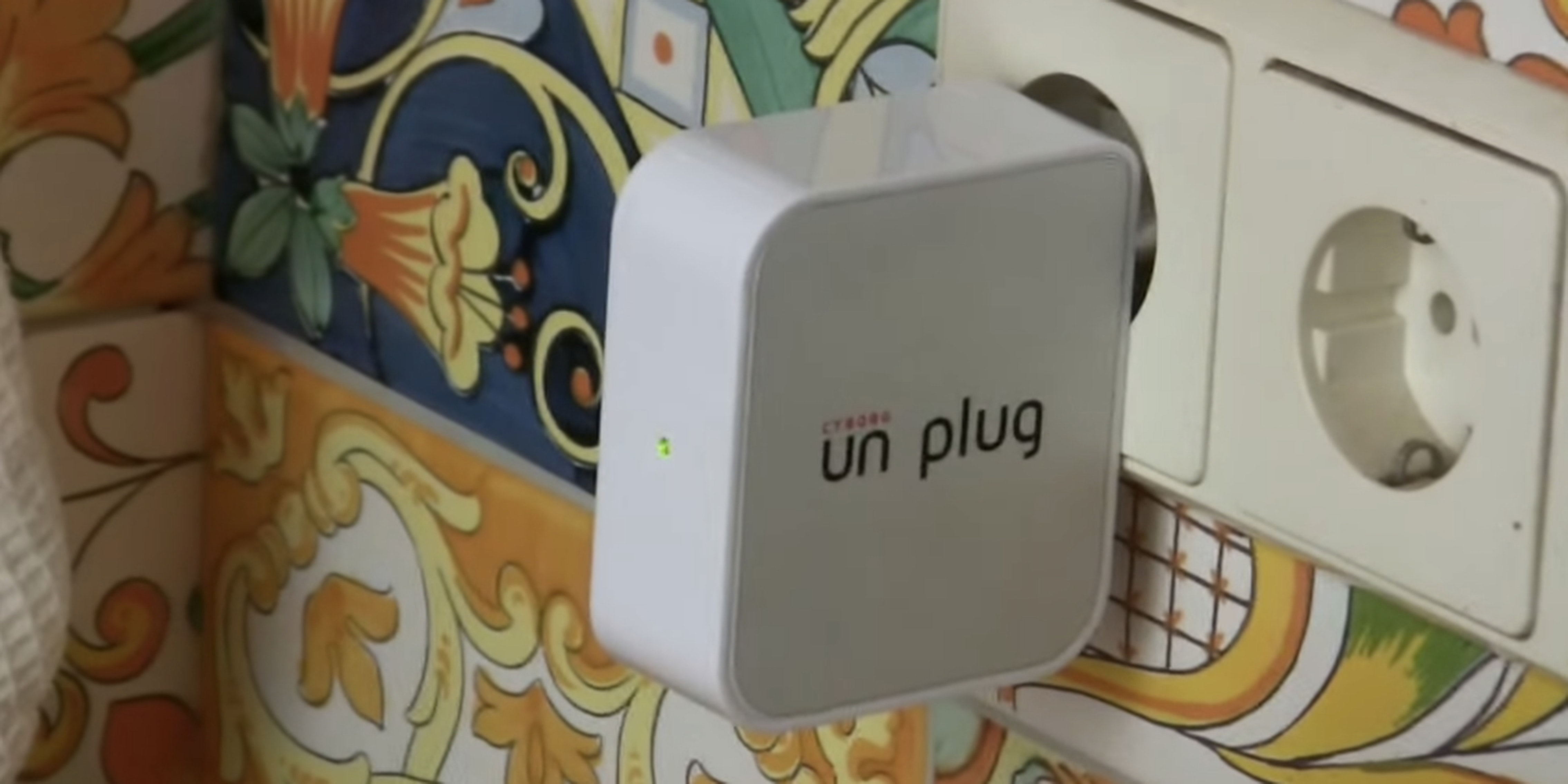 This device is like an anti-drone forcefield for your home

Plug it into your wall, and set it to disable wireless surveillance.

Picture yourself in your kitchen on the third floor of an apartment building, when suddenly a drone flies by, with a GoPro camera capturing footage of the neighborhood. You run to shut your curtains, but the camera has passed, and snapped a photo of your open window in the process.

This is the kind of surveillance technology that frightens many people. While drones are great for filming volcanoes or snow storms, maintaining our privacy in a world increasingly full of them is a very real concern.

Enter Cyborg Unplug. The Berlin-based startup created a device to ensure no unwanted wireless surveillance captures data from anywhere it’s not supposed to be.

The Cyborg Unplug connects to your wireless network and plugs into an outlet in your home or business. It scans wireless signals coming from different devices, and if it detects a signal from a device you haven’t authorized on your network, it shuts down the video, audio, or other information the device is capturing.

Samim Winiger of Cyborg Unplug explained that there are two different types of defenses, Territory mode and All Out mode. With Territory mode, the device connects directly to your own network and will boot off any devices you don’t approve of. This mode is best for both your home network and open networks at places like schools or businesses.

All Out mode, which Winiger demonstrated in a YouTube video, disables any wireless surveillance technologies in the Cyborg Unplug’s range on any network—and it might not be legal in all areas. It turns off wireless surveillance in both modes by sending deauthentication packets to the unwanted device.

“The landscape has been evolving much faster than any response mechanism,” Winiger said in an interview with the Daily Dot. “Now we’re in a situation where for €100 [$112], anyone can become an agent-like character that sets up secret smoke detectors, drones, and so forth.”

To disable any wireless surveillance technology, users simply plug in the Cyborg Unplug and select which devices they want banned from the network. The ban list includes everything from Google Glass to GoPros to smoke detectors.

The Cyborg Unplug can determine what technologies are trying to connect to your network because each piece of hardware has a unique wireless signature. Winiger said the company is looking into ways of whitelisting certain devices, so users will be able to ban all GoPros except the ones they’re using.

In the drone scenario, the Cyborg Unplug isn’t shutting down the drone itself, rather the camera that’s attached to it.

“We have no interest crashing drones,” Winiger said. “We have a problem with unsolicited surveillance.”

In addition to shutting off wireless surveillance feeds, the Cyborg Unplug is connected to a mobile application available for iOS and Android. The app alerts users via email and push notifications that a new device is on the network and will be disabled.

The company started making the Cyborg Unplug in August, and the first devices are expected to be available in the next few months. It’s available for pre-order for $66 on the company’s website.

The range varies from location to location, and depending on how many corners and rooms you want covered by the anti-surveillance technology, the required number of Cyborg Unplug devices will change. But Winiger said that initial tests show two devices is enough to protect a residential area.