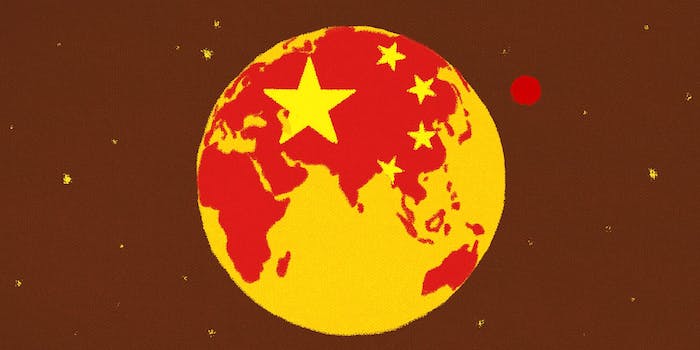 The Chinese government’s Internet censors recently blocked and deleted Under the Dome, a hard-hitting documentary about the country’s terrible pollution, but not before it had been seen by over 200 million people.

The film, funded and produced by famed investigative journalist Chai Jing, has been compared to Al Gore‘s An Inconvenient Truth.

Until last year, Jing was an anchor on state-run television. In the film, she speaks about how difficult it was to teach her daughter why she couldn’t go outside on a regular basis.

“In Beijing in 2014, I could only take her out when the air was good,” Jing says in the documentary. “There were 175 polluted days last year. That means that for half of the year, I had no choice but to keep her at home, shut in like a prisoner.”

When she spoke to one local environmental official, he was hesitant to open his mouth “because I’m afraid you’ll see that I’m toothless.”

The documentary remains accessible outside of China.

Censoring a film after it has already reached hundreds of millions of people seems like a futile attempt to put the genie back in the bottle. Chinese nationals at home and abroad have criticized the conspicuous disappearance of the film from in the country’s Internet.

“In this country, there is too much that cannot be talked about,” wrote a user on Weibo, China’s version of Twitter. “Chai Jing’s film made some government departments very uncomfortable and today… it was completely blocked. What are you afraid of?”