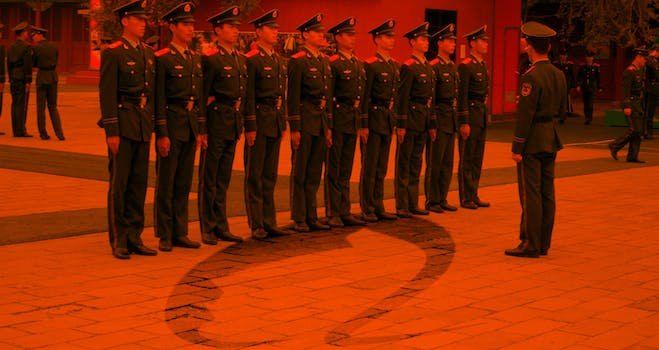 This is getting out of hand.

China is tightening its grip on the Internet even further—but this time, it’s doing it offline.

As announced Tuesday by the state-run Xinhua News Agency, the Ministry of Public Security met yesterday to discuss the next steps in creating “network security offices” inside major Internet companies.

The report didn’t specify what form these offices will take or how many companies can expect to submit their cooperation, but the country’s biggest tech companies—Baidu, Alibaba, Tencent, Sina, to name a few—will almost certainly be working closely with the government in the coming months to strengthen their monitoring capabilities.

This new “Internet security office,” whatever form it’ll eventually take, will likely follow the path set forth by existing censors: strongly encouraging tech companies to maintain stability and online purity while also punishing them when they stray, as the government did by investigating Weibo and Tencent over the Uniqlo, Sex Scandal.

China has been trying to regulate the Internet for as long as it’s been around, but its efforts have noticeably escalated since president Xi Jinping took office in 2013. The country blocked Gmail in December 2014, targeted certain virtual private networks—a key tool for circumventing censorship—earlier this year, and recently added major Western websites like Reuters and the Wall Street Journal to the national blacklist.

Although the five-paragraph circular published yesterday lacks specifics, given the context and recent events, it seems that Internet—and intranet, in the case of Tencent’s popular WeChat—censorship will become even more streamlined.

Even that, however, may not be the culmination of China’ stranglehold on the Internet. Last month, China began soliciting public opinion on a draft of a cybersecurity law that proposed to centralize power under the Cyberspace Administration of China, and whose period for public comments closed today. It’s a severe law, even by Chinese standards: chapter 5, article 50 essentially confirms the existence of an Internet “kill switch” use in case of emergency.

Photo via BrokenSphere/Wikipedia (CC BY 3.0) | Remix by Fernando Alfonso III