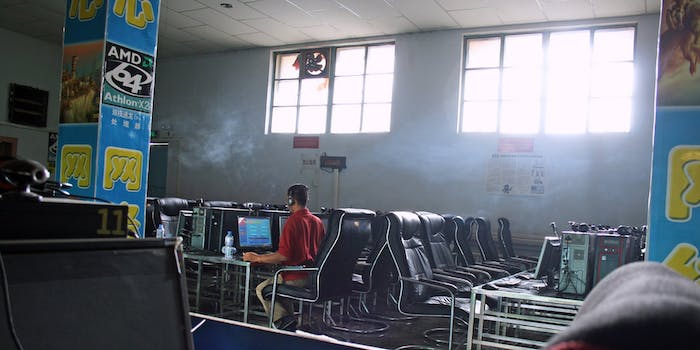 A gaming addiction drove this Chinese man to do something unimaginable.

We’ve all been there: You’re stuck on this one stage in a mobile game forever. And instead of wasting hours plugging away at it, you finally decide to drop some cash for an in-app purchase that’ll help you skip it entirely.

Just how valuable is that kind of in-game power? For one couple in China, it was worth trading away a child. Twice.

Gaming addict A Hui and his wife A Mei (Chinese media has kept their full names private) were never expecting a child. So when Mei got pregnant, the couple quickly realized they couldn’t spend lavishly on in-game purchases and raise a child at the same time.

“[Hui] likes buying items in online games, and he likes staying out all night at Internet cafés,” his wife told local Chinese media.

The solution for Hui and Mei was easy. The couple sold their infant son to human traffickers based out of the country’s southeastern Fujian province. When Mei got pregnant a second time, the couple saw an opportunity to buy even more in-game items. They sold that son, too.

Child trafficking is a serious problem across the world. Worldwide, human trafficking is a $10 billion a year industry, and UNICEF estimates 50 percent of all victims are children. These victims are often sold into prostitution or forced to work essentially as slaves in any number of industries, from coal mining to factory labor.

Hui’s father, who couldn’t believe what his son was doing, eventually reported the couple to police. While China’s laws on human trafficking are not especially strict, selling your child is still very much illegal. The couple is currently awaiting trial in their home province of Guangdong.

When A Mei found herself pregnant, the couple once again sold their baby to traffickers.  A Hui and A Mei were arrested and are now awaiting trial for child trafficking after A Hui’s father reported the couple to the police.