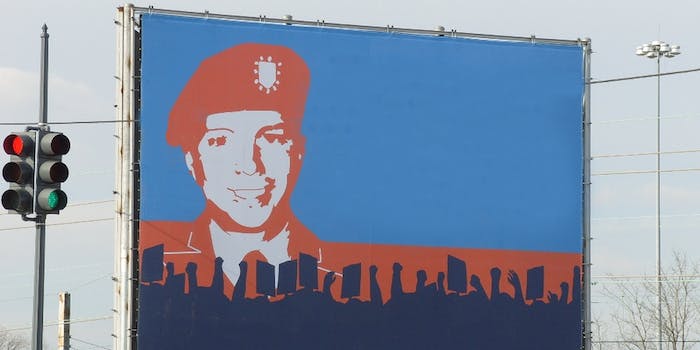 The U.S. Embassy in Reykjavik, Iceland, issued a strange emergency warning Thursday: be careful if you’re American and travelling downtown, near its official office. There might be protesters. Chelsea Manning protesters.

“We urge U.S. citizens to avoid the immediate area if possible, and to exercise caution near any demonstrations that may occur,” the embassy wrote on its official website. Warning that the protest was organized “by the Bradley Manning support network in Iceland,” it also emailed the same notice to Americans who’d registered plans to travel there.

Indeed, activists planned a Reykjavik protest for her; on Facebook, about 150 pledged to show. Before Manning came out as trans Thursday, she was as Bradley Manning, Army private first class, convicted of passing classified information to WikiLeaks. The day before, she was sentenced to to 35 years in prison.

It’s far from clear why, exactly, American citizens traveling in Iceland might be targets of violence. Sure, some Icelanders have long supported Manning; parliamentarian Birgitta Jónsdóttir has long been one of her biggest cheerleaders.

But that doesn’t mean Icelanders turn around and start getting violent against Americans passing by. According to the U.S. Department of State’s own report on the country, “the threat of political violence is minimal.” In 2009, it says, political protestors gathered at the embassy in Reykjavik, “but dispersed after the organizers passed a letter with their grievances.”

The consulate didn’t return our request for official clarification.